Franchise Mega Agency - Hunters and TPFG talk for another week

Talks continue between The Property Franchise Group and Hunters with both companies agreeing a new...

Hello and welcome to the latest PJT, your weekly opportunity to catch up on who’s moving where and why across our industry.

Please let us know your jobs news by emailed press@estateagenttoday.co.uk, just as everyone mentioned here this week has done - we’ll then share with our readers.

First off this week we go to the Countrywide group where one of its two up-market agency brands, John D Wood, has a new managing director.

Polly Ogden Duffy will take up the post from January 1; she had effectively taken joint responsibility for leading the business for much of 2019 after the sad death of Nick Taylor.

Polly was formally one of the regional directors of the agency, which along with Hamptons International forms the up-market agency brands at Countrywide.

There’s a new managing director, too, at Leaders Romans, where Tim Foreman becomes MD of Land and New Homes for both brands.

Tim is a long-standing employee, having joined Romans in 2012 as new homes manager before his promotion to MD of the department in April 2017.

He says: “Following Romans’ merge with Leaders in 2016, I’m thrilled to have the opportunity to extend my passion and knowledge for the new homes market and very much look forward to continuing to develop strong business relationships with house builders, developers and landowners across the country as we grow Leaders’ new homes presence.”

There’s yet another new MD this week - this one’s at London based property management company Crabtree.

Chris March is the new man in the position, stepping into the role after long-standing MD Rob Robertson decided it was time to leave after 35 years of building the company.

Chris has spent his entire career in the property sector and at one time owned his own agency.

He says: “Crabtree is a business with a 35-year track record that has so much potential, and with the backing of the group this means we can provide a full-service offering with extra resources, and more diverse services, which a smaller company cannot provide”.

Deposit alternative service flatfair has made two new appointments- both established names from the industry.

Mal McCallion joins as director of partnerships from Growtion, a strategic consulting firm focussed on the proptech sector. Over the past two decades he’s also been involved in the launches of both Zoopla and Primelocation.

In his new role Mal will be responsible for flatfair’s business development and account management functions.

Meanwhile Simon Scott joins flatfair as director of corporate clients from Savills, where he headed up 16 lettings offices. He is also a veteran of Jacksons and then Dexters.

At flatfair he will work on the generation of more business for the service from the lettings sector. 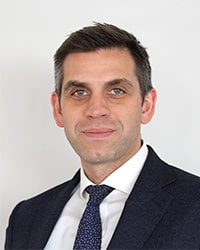 Now let’s swing by property consultancy Cluttons, which has hired Steve Cooper as head of development and planning with a remit to grow this area of expertise as part of the business’s strategic plan.

Steve is highly regarded in the residential mixed-use development sector and was previously joint head of UK residential at BNP Paribas Real Estate and more recently head of London Land agency at Strutt and Parker/BNP Paribas RE.

He will concentrate on building Cluttons’ UK-wide proposition through growth in development management, planning, viability and land agency. Steve will also seek to grow Cluttons’ market share in Build To Rent. 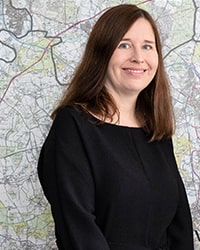 Finally this week, over to the property consultancy Vail Williams, which has named Emma Guy as partner to support its growing Surrey presence.

Following a short career break to have children, Emma, who is an MRICS qualified surveyor, is bringing to the new post over 20 years’ experience in all aspects of asset management, leasing and valuation across all property sectors.

Previously a director of asset management for the £6 billion-pound Cadogan Estate in central London, she managed a portfolio of residential, retail and commercial property in Chelsea and Knightsbridge.

That’s it for this week. Remember to keep us posted on new appointments news in time for PJT again next Monday. So, until then…