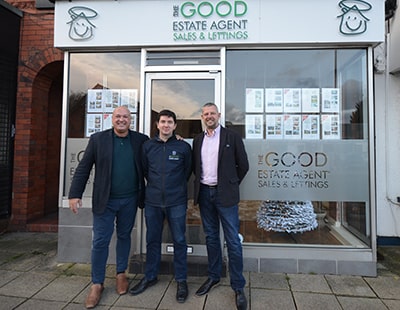 It normally costs estate or lettings agents £10,000 to buy a franchise for the online company called The Good Estate Agent - but now the boss is making a Black Friday offer.

He wants agents to simply “make him an offer” for a franchise.

In return for the franchise the family-run agency, led by Rob Bryer, provides training, access to an online property and applicant management system, a website and marketing support.

“Overheads are pretty much non-existent as franchisees operate from home instead of renting office space, although some agents choose to have a serviced or traditional office.  And, as the head-office also handles the administration and advertising aspects of the businesses, all franchisees need to do is go out and get business for the company” says Bryer.

A year ago the Kent-based company described itself as having some 50 franchisees; Estate Agent Today last evening counted 62 across this country and Ireland listed on the firm’s website.

Four new franchisees launched in October and the company says it wants to expand next year - hence the unusual approach of dropping the customary franchise cost and hoping agents want to make an offer that is acceptable.

Bryer is inviting agents to send him a direct email at rob.bryer@thegood.co.uk with their offer by Black Friday - the end of this week, Friday November 29.

Is it a stunt or a symptom of the central London’s stagnating...