There’s a distinctly northern flavour to some of the great fund-raising this week - and in particular Yorkshire.

This isn’t the only county where the industry is doing good stuff, but by coincidence we have a trio of heartwarming stories from there to kick things off.

Please share your fund-raising stories - from Yorkshire or anywhere else - by emailing press@estateagenttoday.co.uk and letting us do the rest. Now, next stop Yorkshire…

Area manager, Chris O’Mahony, and head of residential lettings, Emma Kerrywood, are the first trainees from the firm to take part in the course, which was run by Mental Health First Aid England.

The pair will now act as mental health champions, sharing their new knowledge and principals with the rest of the 160 plus team at Dacres. 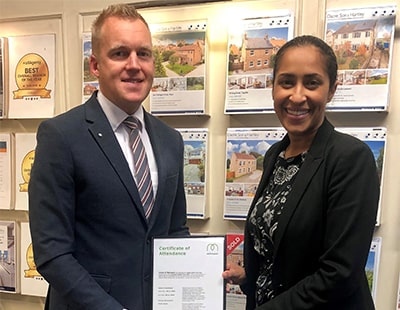 Chris says: “Both Emma and I have experiences of close friends and relatives with mental health illnesses and we think it’s really important to look out for our colleagues. Since doing the course we feel more knowledgeable about how to identify if a colleague is struggling, and also how to offer support and guidance.”

According to MHFA in any one year, approximately one in four people will experience at least one diagnosable mental health issue.  Mental health is the largest single source of burden of disease in the UK and there is a limited understanding of mental health issues due to the long-standing stigma surrounding it.

Emma adds: “We have a duty of care to our colleagues to support their mental health and well-being. The course gave us an insight into how it feels for people living with depression. We learnt that mental health and well-being travels up and down on a sliding scale and how to recognise the signs that people are struggling, as well as looking at how people cope with stress. The main message we both came away with was to ask how people are doing and to listen to their responses non-judgmentally.”

Leeds MENCAP: Thirty people from Morgans City Living have spent a day volunteering at Leeds MENCAP to help maintain and improve the facilities for the children and adults who use The Vinery Centre in East End Park. 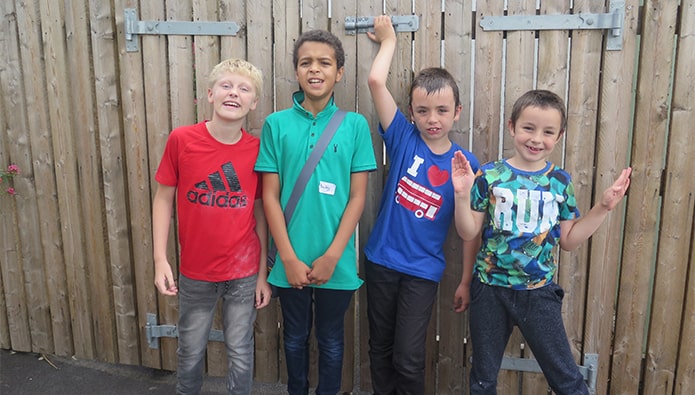 Jonathan Morgan, managing director of Morgans City Living, says: “We believe that charity begins at home and that we have a duty to do all we can to support the less fortunate in Leeds. Each year we offer our employees volunteering and fundraising opportunities to help make positive change. The whole team were totally enthusiastic and committed to completing all their jobs and to the highest standard. We have three more charity events to look forward to this year”.

And still in Yorkshire…Martin House Hospice: Customer of Linley & Simpson will be seeing a lot less of two of its branch managers over the next few months – but it’s all in a good cause. 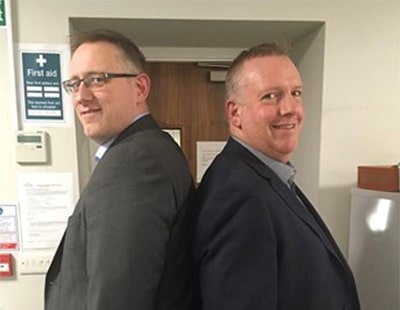 For Anthony Metcalfe and David Mear have challenged themselves to a battle of the scales with a sponsored slim. They hope their weight loss will be Martin House’s gain as they bid to raise £1,000 for the children’s and young people’s hospice at Boston Spa – the company’s long-standing charity partner.

The challenge will end on April 1, when there will be an official final weigh-in to determine whose waistline has shrunk the most.

As an added forfeit, the loser of the competition will have to pay £2 to the charity for every pound in weight shed by the winner.

And that could end up being quite a hefty amount after the first weigh-in revealed a slimmed-down David, who manages the Horsforth branch and is Area Lettings Manager for West Yorkshire, had already lost eight pounds.

While an even-sleeker Anthony, who heads up the Harrogate branch and is Area Lettings Manager for North Yorkshire, hit the scales nine pounds lighter.

The duo are being encouraged in their calorie challenge by colleagues from across Linley & Simpson’s network of West and North Yorkshire offices, including Leeds city centre, Horsforth, Roundhay, Chapel Allerton, Wetherby, York, Harrogate, Ripon, Ilkley, Saltaire and Wakefield.

Hope For Food: The team at Edwards Fine & Country in Bournemouth presented Hope for Food with a cheque for £2,800 to buy 35 pairs of winter boots as part of The Fine & Country Foundation’s autumn grant programme.

Hope for Food is runs entirely by volunteers, allowing all donations raised to go to van’s running costs, food and essential items for their clients. The van allows hot food to be transported and includes an inbuilt shower. 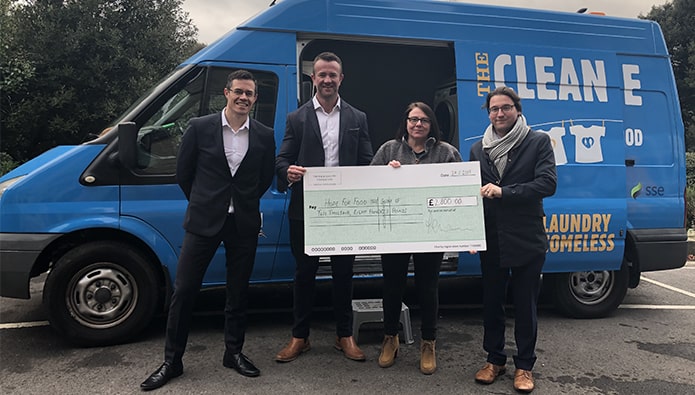 Grant Brooks, managing director of Edwards Fine & Country says: “Hope for Food not only assists the homeless people living in our community, they also provide around 900 families with food hampers. Amongst those families are approximately 1,500 children.”

The van travels to schools in Bournemouth to provide showering facilities to children that do not have these luxuries in their own home.

Helping Hands have kept the location of the event secret, to be revealed on the day to give a sense of insecurity of not knowing where you will be sleeping: a situation people sleeping on the streets face every day. 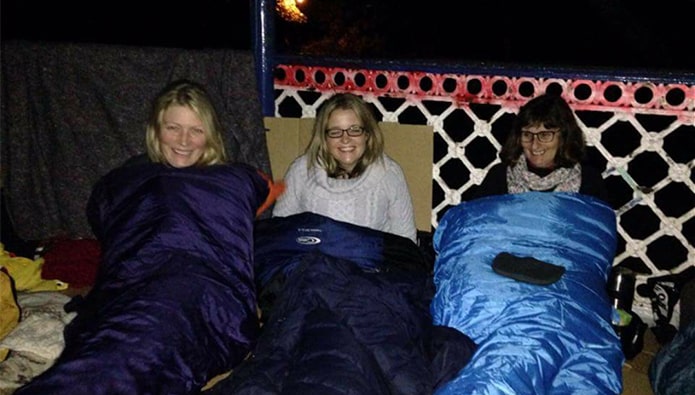 Mark says: “I want to help the less fortunate, put a roof over their heads and provide them with a hot meal. I see too many people on the streets of Leamington Spa and I have seen how Helping Hands do a great and integral job under difficult circumstances. The money raised will fund all aspects of the charity, from the soup kitchen and drop-ins, to the House2Home project and support work.”

To donate to the sleep out please visit www.justgiving.com/teams/leamingtonfandc.

Fine & Country Foundation: The foundation raised £96,795 for homeless charities in the UK and overseas in 2018.

This, combined with their previous fundraising efforts brings their total to £355,312.59, more than one third of the way to reaching their £1m target.

David Lindley, chief executive of Fine & Country and a foundation trustee, says: “In 2018, we launched our grant programme to invite homeless charities to apply for up to £3,000 of funding in spring and autumn. The grants have been a huge success with more than £100,000 given to 25 homeless charities last year.”

One of last year’s events was Richard Meyerowitz, a client consultant from Fine & Country Bury St Edmunds, cycling 2,500 miles to raise money for the foundation.

Richard took part in numerous organised cycling races and built up his remaining miles with his cycling club and static bike. Due to illness, Richard was unable to complete many miles during November, hindering his schedule and resulting in a rush to the finish line in December. Richard raised £320 for The Fine & Country Foundation grant pot. 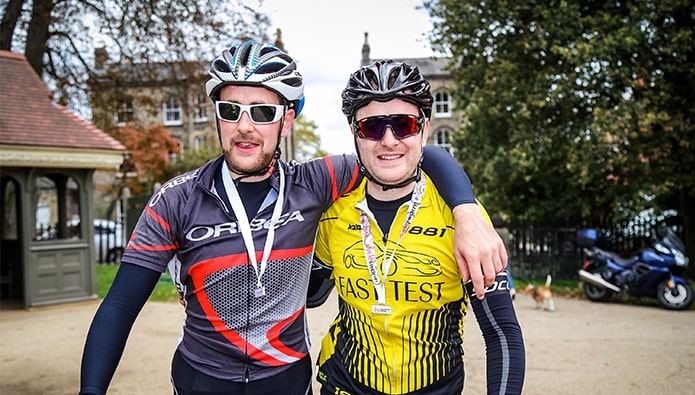 The Fine & Country Foundation will continue to host a number of organised and bespoke events throughout 2019, including treks to Nepal and Kilimanjaro, golf days, fashion shows, sleep outs and marathons. In March and October, the grant programme will reopen to registered homeless charities in the UK and overseas.

To support a homeless charity of your choice with The Fine & Country Foundation, or to take part in an event, or to find out more about the grant programme, visit www.fineandcountryfoundation.com.

Two high street estate agents have used the medium of the...