With a Budget, mild weather and the continuing uncertainty over the pandemic, you might be forgiven for forgetting that we get another hour’s sleep this Saturday-into-Sunday.

And with the advent of winter, Christmas draws closer - the perfect opportunity for fund-raising. If you’re doing any, let everyone know by telling us on press@estateagenttoday.co.uk. Thank you!

The laptop was the 700th device delivered across the UK as part of the campaign that was started by another property industry stalwart, Stephen Brown, and which has now raised in excess of £80,000.

Like many from across the property industry, Michael is a supporter of the campaign and from his donations and that of the ISVA Past Presidents Club, of which he is a member, the laptop was handed over to Sally Valentine, assistant headteacher and SENDCo (Special educational needs and disabilities co-ordinator) at the school.

The device will be used to assist dyslexic children with their learning.

Mike says: “I have been friends with Stephen for some time and we share a passion for helping others. Tragically, Stephen’s wife Sam passed away recently and he set up this wonderful campaign in her memory. I have been delighted both personally and as a member of the ISVA Past Presidents Club, to donate and support the campaign.”

Stephen Brown’s Laptop Fundraising for schools: Among the scores of awards presented at the ESTAS, one brought the 1,000-strong crowd to their feet - Stephen Brown winning the Kerfuffle Community Champion award.

Kerfuffle founder Simon Whale says: “In the face of adversity and the tragic loss of his wife Sam to cancer, Stephen did not let it stop him as he went full force to raise money together with agents and suppliers, to deliver computer devices to children who were homeschooling during the pandemic; allowing them to be connected their friends and education at this vital time.”

Stephen says he hopes the current £80,000 fund-raising total hit £200,000. “We are allowing agents who are involved in this campaign to choose local schools and organisations in their own community to benefit from the devices that are being funded by their donations.”

Beresfords director Nicki Treffers says: “It was fantastic to see the event come to life after it was postponed multiple times due to Covid-19. We were finally able to get together after all this time to raise money for such an important cause and we’re delighted with the outcome.”

She adds: “Thank you to all attendees and sponsors who made generous donations to help us raise as much as possible for the hospice. We’re looking forward to planning the next one.”

Christmas Gifts for Needy Children: Yorkshire estate agent, Dacre, Son & Hartley is launching an appeal to the local communities in all of the 19 towns and cities across North and West Yorkshire where the firm has offices for donations of Christmas gifts for children.

The 125-strong agency team will be collecting and donating new and unwrapped gifts, so that more disadvantaged children can enjoy the magic of Christmas and have a present to open on Christmas Day.

Pulse 1 Mission Christmas, Cash For Kids collects and distributes thousands of presents each year for children living in poverty, who would otherwise not receive a single present on Christmas Day.

Gifts can be dropped off at any Dacre, Son & Hartley’s office until December 10 and the agency’s Jenni Howell says: “We will be promoting the campaign via posters in our office windows, on our website and social media platforms. We have a huge footprint across Yorkshire with a fabulous team who are all keen to support this amazing cause. We all understand what a special time Christmas is, especially for children, and the pandemic has caused added even more pressure than ever before for families living in poverty.”

Business2Schools: The Kinleigh Folkard & Hayward agency has donated 744 laptops and computers to Business2Schools, a charity that aims to make state schools in the UK an even better experience for children. 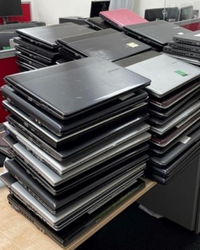 KFH’s donation will make a huge impact on 30 schools across London and the agency’s group operations director - Paul Masters - says: “We are proud to be supporting this incredible charity. Business2Schools is not only helping change the landscape of learning, but this environmentally friendly initiative is also helping to combat climate change, which will further affect the futures of the next generation.”

Do It For Dom: And finally, another update on London agent Kristjan Byfield’s bid to raise funds on behalf of Do It For Dom for the Huntingdon’s Disease Association.

Having appeared at last Friday’s ESTAS event dressed as a Viking, he’s been rising large sums - far more than the original target of £1,500.

He’s currently approaching £7,000 and says: “Not only is this an incredible amount of money but what floored me was the fact money came from every corner of our industry - fellow agents, suppliers, other awards organisers, organisations, landlords and tenants. It’s an inspiring validation of what an incredible industry we are lucky to be a part of and just how united and supportive we have become in recent years.”

You can still give here.