Hello and welcome to Property Jobs Today; this is the latest of our weekly round-ups of key job moves within estate and letting agencies and support positions in the industry.

We’d love to carry news of new appointments or respected figures leaving your company - for no charge, of course - so just email us the information (as full details as possible please) to press@estateagenttoday.co.uk.

We start this week with news from prime central London where Rory Penn and Thomas van Straubenzee are moving from the agency VanHan to Knight Frank.

They are going to be proprietary partners of Knight Frank’s Global Wealth Advisory Team, advising the firm‘s High Net Worth clients.

Rory and Thomas formed VanHan six years ago and their stand-out sales include six deals over £40m in recent years and £150m of transactions in the last six months.

Prior to VanHan they both worked at Grosvenor, Palmer Capital and Strutt & Parker. 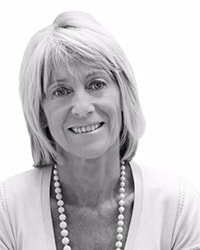 Still in the central London market, and as we reported last week, the veteran and much-respected agent Patricia Farley has joined the new ‘freelance’ operating Harding Green.

Patricia has worked at her family’s own Farley & Co agency as well as at Humberts and Chestertons and is now one of four associates at the new Harding Green team.

Up to Yorkshire now and more news from one of the area’s leading property firms, Dacre, Son & Hartley. 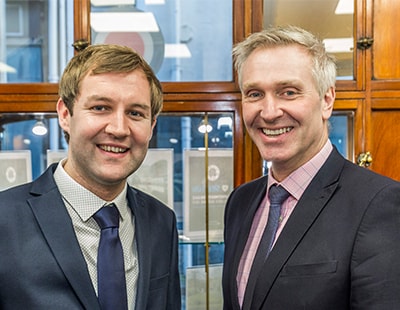 Jason Preston (right), a senior associate, has been promoted to run the firm’s thriving Skipton branch. Jason, a highly experienced agent who has managed Dacre, Son & Hartley’s Settle branch for the last four years, will head up the team of eight who deal with sales and lettings.

Meanwhile Tom Galloway (left) has been promoted to manager at the firm’s Settle branch. Tom, who lives in Settle, has worked for Dacres for almost five years and is an accredited member of the National Association of Estate Agents. 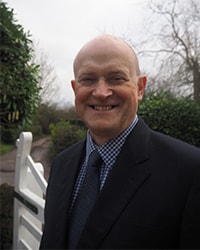 “I’ve watched Symonds & Sampson grow into one of the most respected firm of Chartered Surveyors in the country with market leading estate agency and lettings departments."

"What sets them apart is the depth of professional knowledge within the company especially with a strong growing planning department” says Simon, who will be based in Blandford covering North and East Dorset.

The Haart agency is to set up a new region covering Warwickshire which will be run by high profile new recruit Vanessa Milward. 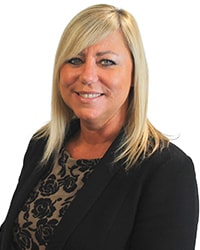 Vanessa joined Haart at the beginning of the year, after an outstanding 22-year career, including heading up a team of sales, lettings, new homes and mortgage services over a network of 10 branches.

“My goal is to create Haart as the number one agency throughout Warwickshire. Haart is a winning brand and my aim is to establish a whole chain of new branches, providing such a premier service that it is the logical choice for vendors and buyers to deal with a Haart agent” she says.

In the property search business, one of the most go-getting operations is that of Quintessentially Estates which provides a rental search service to clients, guiding them through the entire rental property search process in the competitive London market.

Now the team has a new head of lettings, Amanda Melville, who has spent the last 12 years in lettings working for corporates and independent agencies.

“I have wanted to take my skill set from the local agency field to a more corporate and global agency for some time. I am thoroughly looking forward to taking this department to the next level” she says.

It’s just got veteran agent Michael Stoop on board as a non-executive director. 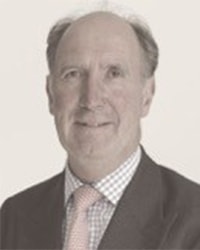 In his long career Michael has been managing director of Winkworth and also headed up Xperience, the Legal & General franchising brand, for 22 years, which then sold to Martin & Co in 2014 - now known, of course, as the Property Franchise Group.

“I’ve watched with interest the growth in the PropTech industry and how it is changing the landscape within the property industry. I have been very impressed with the set up of Sorbet, their staff, values and aspirations. At this stage of my career, I only want to work with companies that can demonstrate a strategy that I absolutely believe in” he explains.

Good luck to Michael, and thanks to you for reading Property Jobs Today.

More next Monday, of course...