Well here we are, at the last Agents Do Charity of the year.

It’s been a record haul of good works, as increasing numbers of agents raise funds or help in other ways, often in their own localities - a big trend of all your great work this year.

Thanks for keeping us in touch with it all, by emailing press@estateagenttoday.co.uk - it’s been a pleasure to keep the industry informed of such touching work by everyone.

Have a very Merry Christmas, but before you check out…here are this week’s heroes.

Magic Moments: The Spicerhaart estate agency group has won a top industry award for the support it gives to its own in-house charity Magic Moments, which takes children from hospices across the UK to Disneyland Paris every year.

At the Agents Giving Fundraising Champions Awards 2018, the firm won the ‘Special Fundraising Award’, which recognises ‘a company which has consistently gone the extra mile and has shown extraordinary determination and motivation to provide on-going support to their cause in whatever way they can’.

Magic Moments was established in 1998 by the Smith family, the founders of Spicerhaart, which is the UK’s largest independent estate agency group and is the parent company of haart, Chewton Rose, Felicity J Lord, Darlows, butters john bee, Brian Holt and Haybrook estate agencies.

Spicerhaart chief executive Paul Smith says: “I’d like to pay tribute to the team of trustees at Magic Moments who show incredible dedication to supporting children and their families, while encouraging members of our staff, along with suppliers, friends and associates, to take part in a wide range of fundraising activities.”

This year, the charity hopes to have raised around £160,000 which has allowed us to take 270 people, including families and their children from 13 hospices across the UK, to see Mickey Mouse and friends in Paris. 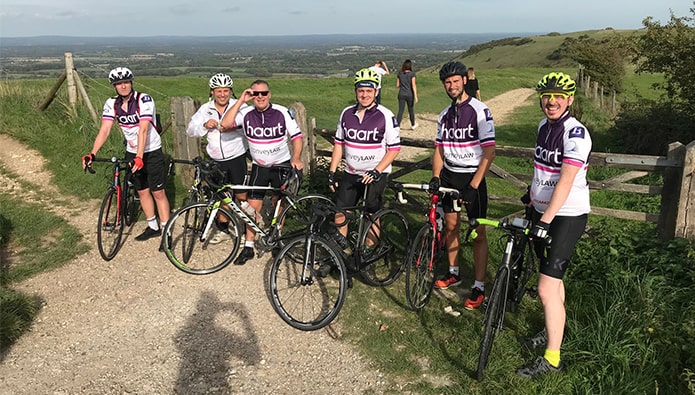 Since the charity was founded, it has raised over £1.4 million and supported almost 2,500 people.  Numerous fundraising challenges have taken place including a 55-mile cycle ride from London to Brighton, a 254-mile ride from Colchester to Cardiff, a parachute jump with the Red Devils, Disney dress-up days, cake baking, London Marathon, a climb up Kilimanjaro, car boot sales, quiz nights, sponsored hikes and more.

Save The Children: The Beresford teams have donned their best Christmas jumpers in the name of charity. The national campaign was in aid of Save the Children., a charity focused on helping to create brighter futures for children all around the world.

This year the Beresfords staff managed to raise a total of £168, a sum that has been matched by the company. 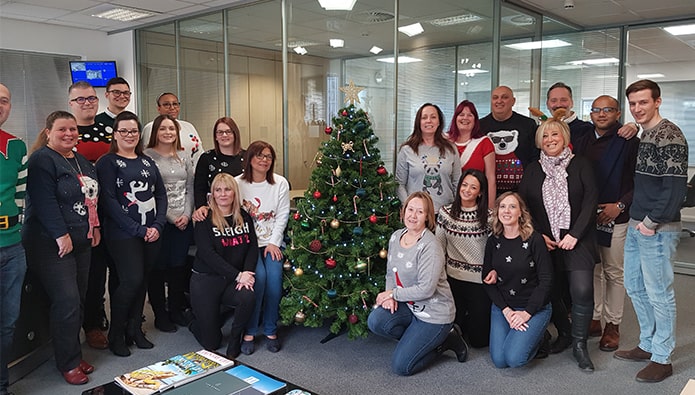 Nicki Treffers, senior group marketing manager, says: “We are humbled to be supporting this fantastic campaign it’s appalling to think of the defenceless children living in poor and unsanitary conditions. We are delighted that as a company we are able to raise awareness of this ongoing issue.

Mission Christmas: Each of the five Wirral Karl Tatler branches has been used as drop-off points for people to call in with gifts for children - and there was quite a response.

The haul of 223 gifts this year has brought the total number of gifts donated over the four years since it first supported Mission Christmas, above 1,000. 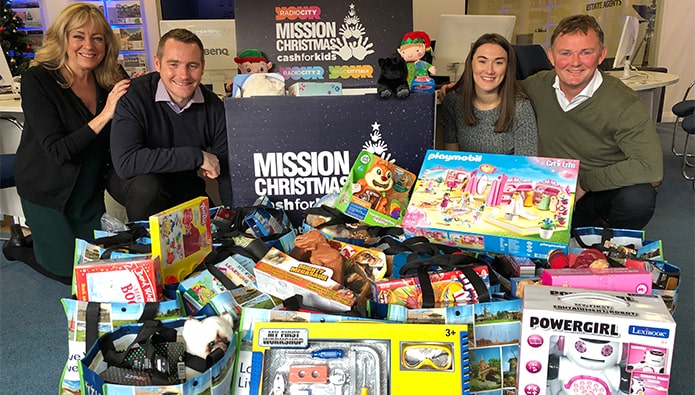 Karl Tatler says: "We are extremely proud to have helped so many local, disadvantaged children wake up on Christmas Day to a gift that they otherwise would not have received. This is testament to the wonderful generous spirit of the Wirral public, and we want to say a massive thank you to everyone who has donated over the four years and made dreams come true for local children." 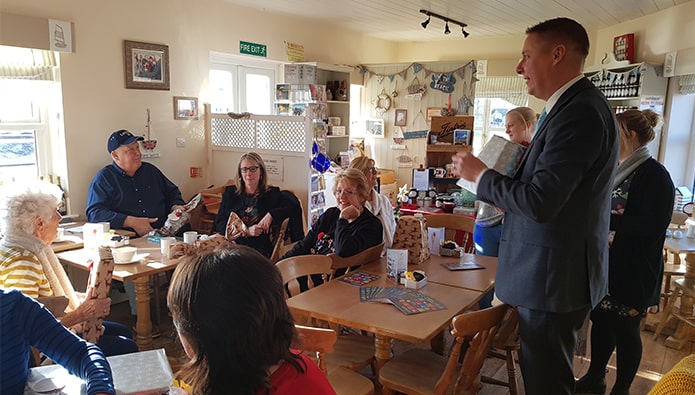 Paul Beresford, chairman and managing director, says:“As a company we actively look to support as many charitable causes as possible throughout the year so we were delighted to take part and donate Christmas gifts to the seniors this year. At Beresfords our involvement with our local community is at the heart of everything that we do”.