It’s peak business season for many agents right now and yet they still have time to do good work for charities - and we most certainly have time to help them.

All those below have been in touch by emailing press@estateagenttoday.co.uk, and we are now doing our bit by publicising their efforts. Please do the same with your stories of helping others less fortunate.

In the meantime, take a look at this...

Thurstaston Common: In June 2016 Karl Tatler Estate Agents & Lettings began their bag for life campaign with the National Trust with a view to helping protect one of Wirral’s most iconic wild places, Thurstaston Common.

The agency writes: “We have since been encouraging the Wirral public to make a suggested donation of £1 in exchange for an environmentally friendly Karl Tatler bag for life. We are delighted that the generous people of Wirral have kindly donated over £450 to date, making a tangible difference to the Thurstaston Common heathlands.” 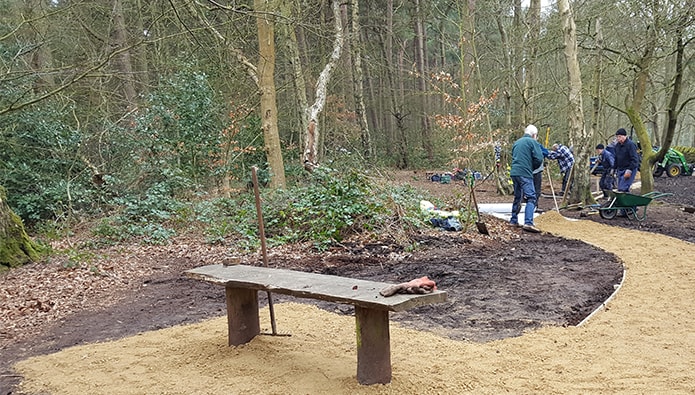 To pick up your own Karl Tatler bag for life simply call in to your local Karl Tatler branch, make a donation and collect your environmentally friendly Karl Tatler bag for life. Every £1 raised enables approximately five centimetres of path to be created – it would be wonderful to raise enough money to continue to extend and improve the path network at Thurstaston Common over the coming years.

Martin House Children’s Hospice: Linley & Simpson staff are to show their pulling power in one of the UK’s top dragon boat races - and all for a great cause.

The 13 staff members are raising money for the company’s chosen charity of the year, Martin House Children’s Hospice at Boston Spa. The event in Leeds’ Roundhay Park on May 21 celebrates the 10th anniversary of dragon boat racing taking part on the park’s lake.

Linley & Simpson member Emily Wilkinson says: “We’re always looking for new and imaginative ways in which to help Martin House and the vital role it plays in the heart of our community. Dragon Boat Racing marks a new dimension to our fund-raising efforts.”

The firm aims to raise £25,000-plus for Martin House over the course of the year.

Project 70: Andrews Property Group, which marked its 70th anniversary last year with a vision of raising £70,000 to kick-start an innovative and enduring social housing project, has revealed that its target has been met and the project will now move to its next phase.

Launched in recognition of the philanthropic origins of the business and its continued ownership by two charitable trusts, Project 70 brought together Andrews and its principal shareholder, Andrews Charitable Trust, to purchase and refurbish properties to support young people leaving the care system in the areas in which Andrews operates.

The first home as part of this initiative has now been purchased and the funds raised by Andrews through P70 in the anniversary year have been used towards its refurbishment.  A further announcement on a second property is expected in the coming months with the overall aim being the purchase of 50 homes over 50 years, or sooner if funding allows.

Speaking as the fundraising total was announced, David Westgate, chief executive of Andrews Property Group, said: “We wanted to mark the notable milestone of our 70th anniversary in a meaningful way that reminded both our own team and the communities in which we operate of the unique foundations and ownership structure of Andrews.

“Project 70 allowed us to engage Andrews’ staff with the history and ownership of the business, whilst ensuring that our values and commitment to charitable work remained relevant in the modern age.”

Over 700 staff from across the Andrews’ network took part in the fundraising efforts with a wide range of events contributing to the overall total.  Cake sales proved to be the favourite way to raise funds with over twenty taking place throughout the year, however, bike rides, quiz nights and sporting sweepstakes were also popular events.  One female member of staff even took part in a sponsored head shave which raised over £700.

Leweston Pentathlon Academy: Westcountry agency Meyers has announced it is backing the academy to help children achieve their sporting potential. 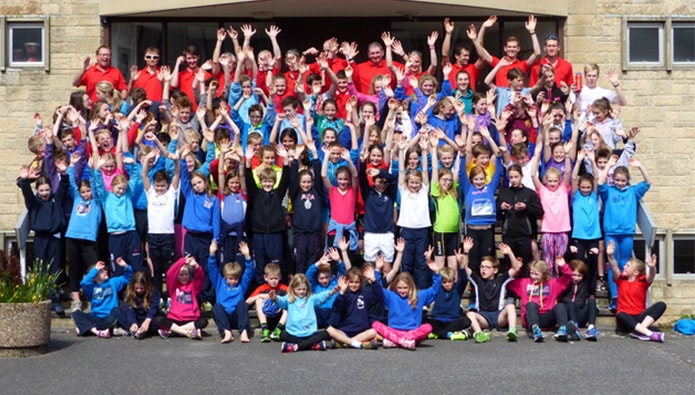 Meyers’ latest beneficiary is Leweston School, which sits just south of Sherborne. In January 2016, the independent school was awarded Academy status by Pentathlon GB in recognition of the support and contribution it has made to the sport of modern pentathlon and the development of Leweston and local community athletes.

“We were so impressed with the vision and innovation behind the academy that we could not fail to be inspired with the commitment of these children. We are all about innovation and commitment in our community and by sharing that passion, we want to support the children all the way on their journey too” says Mark Meyer.

Edinburgh Charities: The Scottish Daily Business reports that a founder of McEwan Fraser Legal has launched an Edinburgh-based estate agency with a focus on raising money for charity.

Mark Cullerton has partnered with five charities – CHAS, Alzheimer Scotland, Craig Gowans Memorial Fund via The Sick Kids Friends Foundation, St Columba’s Hospice and the Edinburgh Dog and Cat Home - and each month his new business in Stockbridge will donate a portion of fees to the charity chosen by clients.

“A number of these selected charities are close to my heart and I thought this would be the perfect opportunity to give something back to them,” he told the news service.

The mixed teams regularly compete against other local schools and also participate in the national High 5 netball initiative, a five-a-side version of the game for nine to 11 year olds. 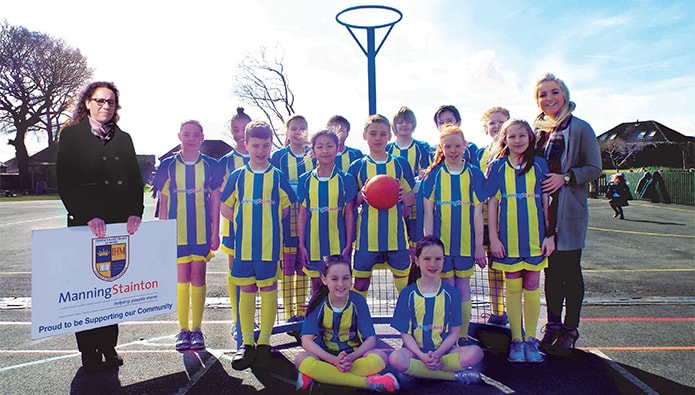 Louise Lawrence, manager of the Manning Stainton branch in Moortown says: “As a community minded company we take pride in helping schools, clubs and other worthwhile organisations improve the experience they provide for their pupils and members. In the last 12 months we have donated in excess of £50,000 to over 50 such groups.”