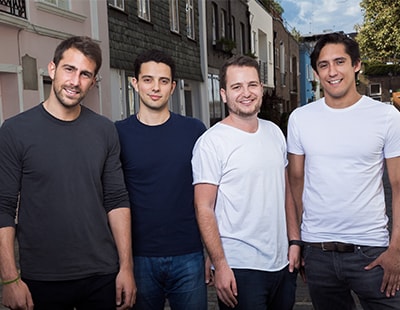 Hybrid estate agency YOPA has announced a successful Series B round of funding in which it raised a total of £15 million.

The funding round was led by Daily Mail and General Trust plc (DMGT) and included further investment from high-end agency Savills.

Last June, Savills announced that it had invested an unspecified amount into YOPA, part of a funding round which raised an initial £16 million.

YOPA - which was founded by Daniel Attia (pictured top, far left alongside co-founders Andrew Barclay, David Jacobs and Alistair Barclay) in 2015 - now has a network of 75 'expert local estate agents'.

This remains some way off the 448 'local property experts' hired by Purplebricks, although YOPA says it intends to double its network of agents by the end of 2017.

DMGT is the majority shareholder of Zoopla, and Attia says it is 'incredibly exciting' to have the group lead this round of funding.

"We are also pleased to continue our close relationship with Savills, who have reinvested and maintained their equity stake," says Attia.

"Having two industry giants backing our vision is not only a testament to our model of estate agency, but to the team at YOPA who are the driving force behind the business.”

Paul Zwillenberg, chief executive of DMGT, adds: "We have been impressed by YOPA, which has quickly established itself as a key player in a new market that has exciting growth potential, and look forward to seeing the progress of the team’s expansion plans.”

The hybrid agency has confirmed it will use this latest round of investment to ‘expand its network of expert local agents’ and ‘grow its fast-increasing market share’.