Let’s face it - the biggest distraction for many estate agents in the coming weeks may well be the Euro 2016 Championship rather than the EU referendum.

But one thing’s for sure - it’s highly unlikely that agents and their colleagues in the residential industry will stop doing great work for charitable causes.

Do remember we are here to publicise your efforts so please let us know what you’re doing by dropping us a line at press@estateagenttoday.co.uk.

That’s what these grafters did. So before we settle down for the match, let’s pay tribute.

Brinsons is pledging a donation from every house sold through its three offices – in Caerphilly, Cowbridge, and Cardiff – over the forthcoming year.

This will be run alongside a number of fundraising events which will be supported by a Rightmove grant and held over the next year. These include Brinsons Director, Trevor Isaac, tackling the “Ride the Rockies” Challenge in Canada this September.

Andrew Morris, Head of Fundraising at Velindre, says: “We have been very fortunate to benefit from the superb support of Trevor Isaac and the Brinsons team for a number of years, but this commitment takes their involvement to a whole new level. We are delighted to be expanding our relationship with Brinsons, and look forward to a hugely successful partnership.”

Trevor Isaac, Director at Brinsons, is already an Ambassador for the charity and has raised in excess of £20,000 in recent years. His fundraising expeditions have included cycle rides along the East and West Coast of America, a trek up Mount Kilimanjaro, and a hike around Patagonia to commemorate the 150th anniversary of the first Welsh settlers.

The money raised by Brinsons will be used to fund ground breaking research and buy specialist equipment so that staff has access to the most up to date training and techniques available.

“We are so pleased to have completed the Dragon Ride, it was a tough challenge but we were spurred on by the money we were raising for Macmillan Cancer Support. It’s a phenomenal organisation that has helped both of our families so much over the last couple of years; Tim and I are delighted to be able to give something back” says Godson.

The duo has raised over £6,000 so far, beating their target of £3,000. If you would like to read more about their challenge, or donate to Macmillan Cancer Support, please visit: https://www.justgiving.com/teams/timandsimon 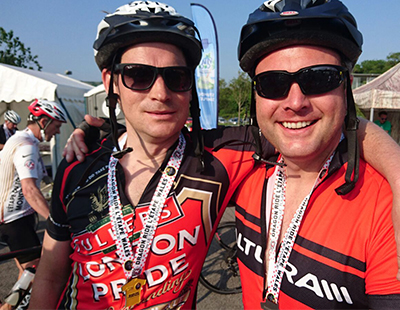 The Foundation works to advance education about housing rights and obligations in the private rented sector and because of this extended deadline, available funding for bids has been increased to £70,000. The Foundation is looking to support bids which promote knowledge of landlord’s obligations or tenant’s rights and responsibilities, but also to look at the feasibility of establishing a dedicated research centre for the private rented sector in England and Wales.

4 the community - a project to extend and improve the information, education, and support available to Houses of Multiple Occupation (HMO) tenants in Rhyl. The project will be to recruit and train a team of volunteers to deliver the service;

Cardiff Tenants and Residents Federation - a tenant education programme that specifically informs tenants about the key differences about renting in Wales, as well as wider rights and responsibilities;

EFA London - the delivery of a six-week housing rights and English language course to 120 students in four London boroughs - deepening student’s understanding of housing rights in the UK and of enhancing language learners’ ability to solve tenancy problems;

Law for Life - to develop and deliver training and information resources which will benefit both small and medium sized tenants organisations.

Organisations can download an application form and view the bidding criteria online at www.tdsfoundation.org.uk

From raffles, cake sales, quizzes and sponsored challenges, to lucky dips, tea parties, car washes and fancy dress – their efforts raised over £20,000 nationally for their Charity of the Year, Together for Short Lives.

Together for Short Lives is the UK charity that speaks out for all children and young people who are expected to have short lives. Together with the 54 children's hospice services across the UK, they provide care and support to these children and their families, helping them have as fulfilling lives as possible and the very best care at the end of life.

Each Leaders branch has been partnered with its nearest children’s hospice so staff and customers can support seriously ill children and their families locally.

Paul Weller, Leaders’ chief executive officer, said: “We are delighted to have raised such an excellent sum of money during Children’s Hospice Week, and some of our branches still have events and sponsored challenges taking place over the next few weeks.

Leaders first named Together for Short Lives as its Charity of the Year in 2015 and raised £45,000 for the organisation last year. Following Children’s Hospice Week the firm has now raised just over £25,000 this year, and is more than halfway towards reaching the £50,000 target it has set for 2016. 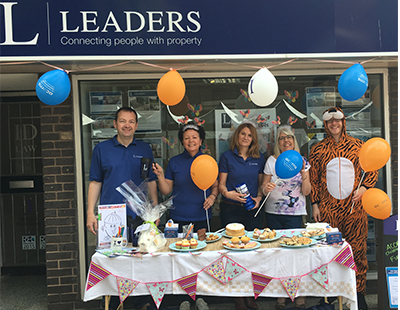 Calverly Primary School, Pudsey: Siblings at a local primary school walked away with the star raffle prize at the annual Spring Fayre.

Finlay, 10, and Maisie Lahive, 7, both attend Calverley Church of England Primary School and are now the proud joint owners of a superb Samsung Galaxy tablet, jointly donated by the Pudsey and Horsforth branches of Manning Stainton.

The ‘Rio Carnival’ themed Fayre was organised by the Friends of Calverley Church of England School and while the gusty wind conditions grounded the hot air balloon hired especially for the event it failed to blow the fund raising activity off-course. In total over £7,000 was raised thanks to the generosity of all those attended and the kind support of firm’s like Manning Stainton.

The money is being used to fund a new school library, complete with soft furnishings and a whole range of exciting books for the pupils to explore. Other events contributing to this great initiative have included a fashion show, disco and an ice skating trip. 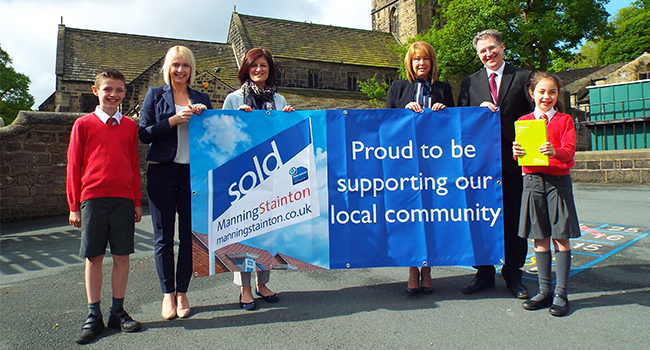 The Wirral-based agency is encouraging the public to donate £1 in exchange for an environmentally friendly Karl Tatler bag for life. All of the money raised will be donated to the National Trust to support the care of the heathland.

Managing director Karl Tatler said: “Thurstaston Common is a much-loved landscape, holding precious memories for many local people. Our bags for life have been hugely popular with the public and we wanted to see if we could do more to help the local environment. The aim of our Thurstaston Common fundraising appeal is to help the National Trust with their crucial work protecting the nature we love, preserving it for generations to come.”

Thurstaston Common’s unique habitat and importance for wildlife means it has an assigned status of being a Site of Special Scientific Interest (SSSI) and a Local Nature Reserve (LNR). 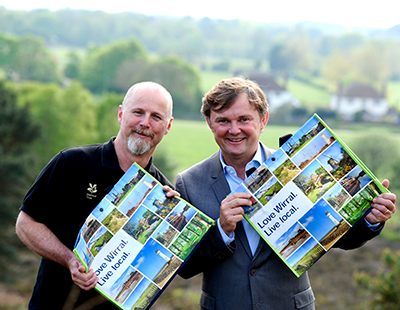 The one day festival, taking place on June 26, aims to bring people together to explore the relationship between Judaism and food, educating visitors on all aspects of Jewish culinary heritage, ethics, culture and traditions.

KFH will have its own stall at the festival that attendees can visit for free face painting and the chance to win £300 of John Lewis vouchers. Now in its seventh year, Gefiltefest last year attracted more than 1,100 visitors.

Agents’ Giving: Agents Giving, the property industry charity, is calling upon agents to do something great for charity on Agents Giving Day – Thursday, June 23.

Whether it’s a coffee morning or jumping out of an aeroplane, the aim of Agents Giving Day is to unite agents and suppliers across the UK in fundraising efforts for a 24-hour period, bringing the industry together to have fun and support the Agents Giving effort.

The first ever Agents Giving Day, held in June 2014, raised in excess of £5,000 for good causes and it is hoped that this figure can be boosted this year.

Peter Knight, Agents Giving Chairman, comments: “It's great that we can all get behind a force for good in our industry - we want to demonstrate the charitable nature of agents and boost our reputation. For those who want to take part, we can help promote your event, suggest simple ideas for the day, plus apply for a Rightmove support grant to help with any costs you might have.”

Agents’ Giving Strictly Come Dancing Competition: Agents Giving is calling on 10 twinkle-toed applicants to volunteer to dance their hearts out in front of an audience of fundraising champions in aid of charity.

As part of the competition, participants will be asked to take at least five lessons from professional teachers, alongside a UK national dancer.

Lessons will be funded by a Rightmove support grant, but each dancer will be required to raise a minimum sponsorship of £1,500. This is all in preparation for the final dance off at the Agents Giving Charity Ball on 30th September, which will be performed in-front of a selected panel of judges including a TV professional.

This year, the Agents Giving Charity Ball will be held at the Lancaster Hotel London. Attendees will have the chance to celebrate the fundraising efforts of all its supporters, and longtime patron Phil Spencer will be presenting the awards to the Fundraising Champions. 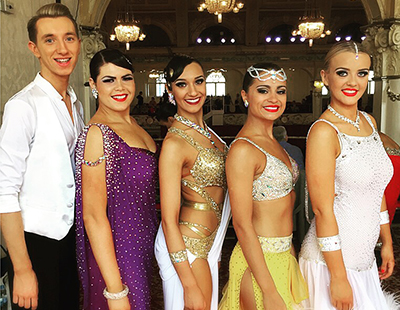