Christmas is just around the corner and we’re all looking forward to a break - but before then we know many in the industry will be fund-raising for good causes.

Please let us know what you’re up to at press@estateagenttoday.co.uk and we will gladly share your news with the rest of the industry.

And now, our penultimate Agents Do Charity before Christmas kicks off with a few dance steps...

Fourth Annual Agents Giving Ball: The event, sponsored by Goodlord and supported by ToughtRight was hosted at The Royal Lancaster London Hotel.

It celebrated the outstanding fundraising efforts of the property industry, which has succeeded in raising over £1m for charities across the country.

Agents Giving’s fundraising champions were also named at the ball with Paramount winning in the Best Team or Company Fundraising for including charity initiatives for the whole team from office ice cream parlours to a 10k run and taking part in The Big Sleep Out, plus raising awareness of their local Brent Foodbank. 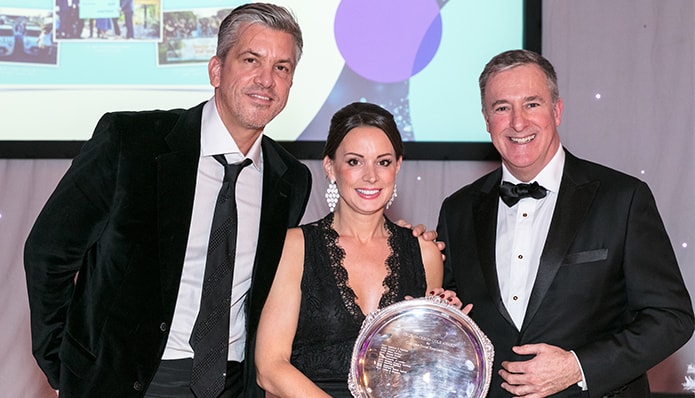 Jamie Aspland of Pygott & Crone and Jon Martin from Spicerhaart took the joint award in the Best Individual Fundraising category for support of St Barnabas and Macmillan and for Jon leading 20 of the Spicerhaart team for the Three Peaks Challenge, raising £45,000 for Magic Moments, which takes terminally ill children and their families to Disneyland.

J P Harll were triumphant in the Best Innovative and Creative Fundraising category following their organisation of the Humpback Ball and taking part in an actual camel race.  Godfrey Haire from Cubitt & West and Wrights of Hatfield took home the joint award for Special Fundraising following their ongoing support of their chosen charities; The Rainbow Trust Children’s Charity and Willow.

Suppliers to the industry were also recognised and Embrace Mortgage Services were successful in the Best Industry Supplier Fundraising category.

The night also saw some of the industry’s biggest characters take to the floor in a Strictly Agents Dancing dance off.

“The Agents Giving Ball was an opportunity for the industry to come together for a night of glamour, dancing and celebration of the fundraising efforts of the property industry over the last year. We were absolutely delighted to announce the Agents Giving Fundraising Champion Awards, and all the winners should be very proud of what they have achieved for their local charities. It was amazing to have the support of all our partners and supporters who made it such a wonderful celebration. Agents Giving has helped to raise an impressive £1m so far, and it's all looking very exciting for the year ahead” says Peter Knight, chairman of Agents Giving. 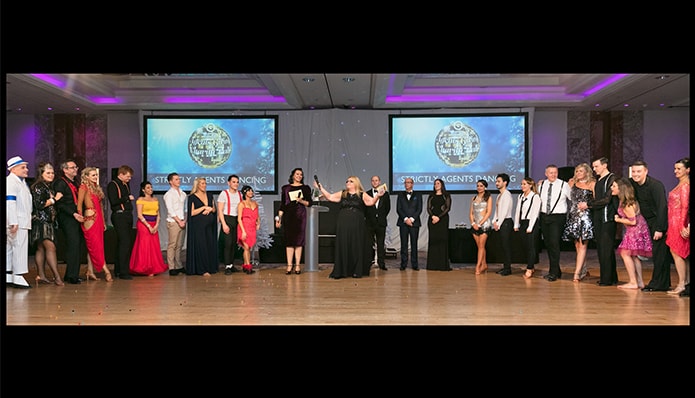 The Salvation Army: Whilst many of us are busy decorating our homes and organising the festive feast for Christmas Day, there are some who have no place to call home.

To help maintain the season of giving, Beresfords recently worked alongside The Salvation Army to invite local rough sleepers in Romford to enjoy a free Christmas dinner with all the trimmings.

Nearly 30 local homeless people attended The Salvation Army’s Romford Centre for a traditional Christmas meal. Beresfords were on hand to help serve the festive fare and also provided free pairs of gloves as part of the toiletry bags that were given out on the day. 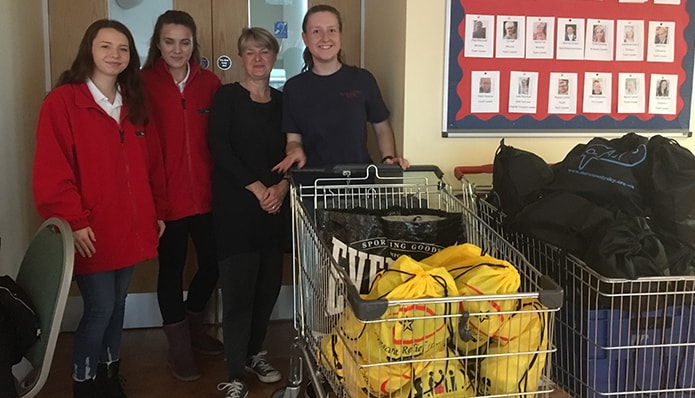 Beresfords Marketing Manager, Nicki Treffers, says: “This was a great way to mark the end of our charity involvement for the year. We are very proud to work with The Salvation Army and it was very humbling to see those less fortunate enjoy the festive food. We have been involved in quite a few causes over the last year and it is something that we look forward to continuing with into 2018.”

The agency’s directors and most of its 35 staff members and their families gathered together in a barn/stable dressed up in their best Christmas-themed fancy dress costumes, Christmas jumpers and dresses, for their fantastic rendition of Jingle Bells and We Wish You a Merry Christmas. Director, Simon Evans, played the keyboard and the festive setting even includes a handsome donkey!

The video is available to watch on Facebook and Gibbins Richards will make a donation to the charity for every share, to a maximum of £2,500.

Mark Gibbins, director, says: “We have this year chosen Taunton Association for the Homeless as our Christmas charity appeal because it is all too easy to take having a roof over ones head for granted. We would love for everyone to watch and share the video on our Facebook page (Gibbins Richards Ltd) in order to raise money for the charity – for every share our business will donate, up to a maximum of £2,500.”

Taunton Association for the Homeless is a charitable organisation where staff, dedicated volunteers and the board of management work together to ensure that homeless individuals receive the best possible support. The charity assists almost 1000 people a year with advice, information or accommodation.

Parents and friends also turned out in large numbers and spent generously at a range of stalls which had been set up in the school hall. Among the attractions was a cake stall, a lucky dip, a bumper tombola, various stalls selling Christmas gifts and a raffle for which Manning Stainton had also donated a prize. 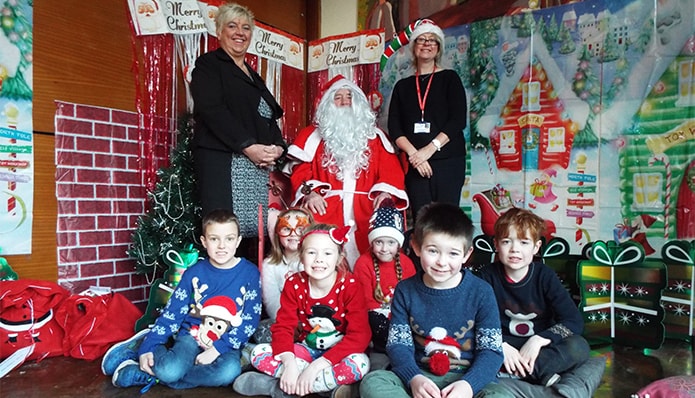 In the last 12 months the agency has donated in excess of £50,000 to over 100 schools, community groups and other worthwhile organisations.  Local beneficiaries have also included South Milford Primary School, Garforth Tigers ARLFC and Sherburn Hungate Primary School.

Fine & Country’s Managing Director, Jan Foo, and her team, organised the whole event in just seven weeks and welcomed a total of 350 guests on the evening.

“I’m overwhelmed with the local support we have had to help such a good cause. Fine & Country as a brand strives to support charities such as The Hospice of St Francis, which has a particular significance for me, in order to give back to our local communities. It’s been great to work with all of our wonderful models, my team and local businesses who have all very generously given their time and expertise to make this event a success” says Jan Foo.