Bonfire Night is upon us but the brightest lights this weekend are those from our industry tirelessly working for good causes.

As ever, those who get an honourable mention below sent us their details via press@estateagenttoday. Do the same and you could be mentioned next week.

Mentoring Plus: Property management firm Touchstone is this year supporting Mentoring Plus as one of its chosen charities.

Mentoring Plus trains and supports adult volunteers to mentor seven to 21 year olds needing extra support with family, education, emotional needs and employability. These volunteer mentors are given knowledge, techniques and support to help a young person.

Mentoring Plus ran a pop up shop in Bath town centre. Some of Touchstone’s Bath office popped down to see the team and the mentees hard at work, raising awareness and funds.  They also dropped off an impressive £2,500 donation while they were there.

Congratulations from all of us at Estate Agent Today! 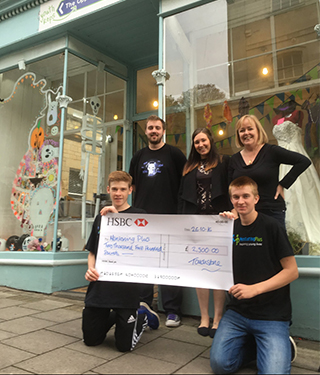 Essex & Hertfordshire Air Ambulance: Over 150 people enjoyed a night of fun and sophistication and raised over £14,000 for the Essex and Herts Air Ambulance at Beresfords' inaugural charity gala ball.

Sponsored by Lancaster and in partnership with Essex Life, guests were treated to a gala dinner and charity auction hosted by BBC Look East and ‘Inside Out' TV presenter, David Whitely.

Attendees had the chance to bid for a range of high profile prizes, such as a ‘money can't buy' guided tour of the Bentley car factory, a Maserati for the weekend, a private chef cooking experience, a fabulous five star holiday in Greece and many other items. 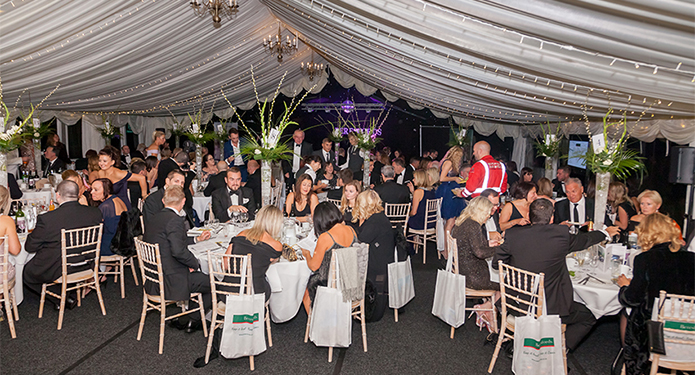 Paul Beresford, Chairman/Managing Director of Beresfords Group, is delighted with the success of the organisation's first fundraising ball and says: "We are so pleased with the outcome; we've been overwhelmed by the region's kindness in offering such amazing auction and raffle items as well as the generosity of those who attended on the night."

Maria Alexander, Head of Fundraising, Essex & Herts Air Ambulance Trust, adds: "Each year we have to raise £6.5m to continue offering our free-of-charge life-saving service to the people of Essex and Hertfordshire. Thanks to the generous support from organisations, such as Beresfords, we are able to keep our helicopters and experienced teams of doctors and paramedics operational." 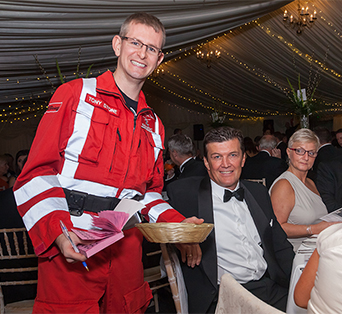 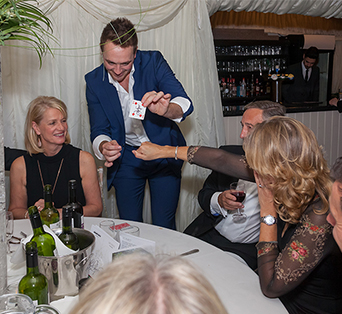 Willow Foundation: Wrights estate agency supports the Willow Foundation based in Hertfordshire, which was set up by former Arsenal and England player Bob Wilson to give 'special days' to 16 to 40 year olds who are seriously ill.

The agency sponsors two of the charity's major events, a 100 miles bike ride in May and a fun run in October. This year alone both events have raised over £50,000.

The agency advertises and helps on the day, even manning water stations along the routes and handing out medals and water to those finalising the events.

The agency's latest fund-raising event was the Wear it Pink day for breast cancer and all three branches took part, raising over £1,300.

Each branch of Wrights - Hatfield, Welwyn Garden City and Stevenage - has its own local charity and schools to support as well as The Willow. The branches have helped these to raise over £25,000 over 2016 so far for organisations including McMillan nurses and Agents Giving. 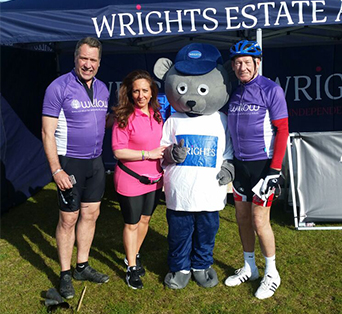 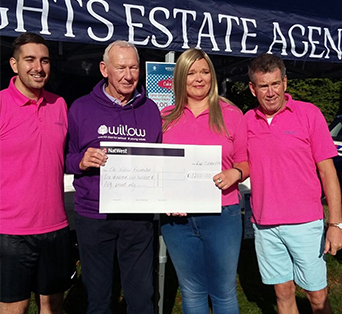 Cancer Research UK: Manning Stainton agency has given support to a group of school friends who raised £27,000 in memory of one of their dads.

When Richard Goldberg sadly passed away from the disease in 2012 his son James set himself, and his pals, the challenge of raising money for Cancer Research UK through a series of gruelling bike rides.

The five, comprising of James, Ollie Walton, Finlay Bruce, Benji Ambler and Adam Best first got on their bikes in 2014, cycling the 127 miles along the Liverpool to Leeds Canal. They then followed that up earlier this year with the Way of the Roses, a 179 mile coast to coast route from Morecambe to Bridlington.

Manning Stainton's Moortown branch team met with them recently to hear about their adventures and the amount of money they have raised.

Sales Negotiator Kiran Ryat says: "It was great to have the boys visit the branch and we were speechless when they revealed the current total generated. The circumstances behind the bike rides are incredibly sad but through their amazing efforts they have ensured Richard’s memory lives on." 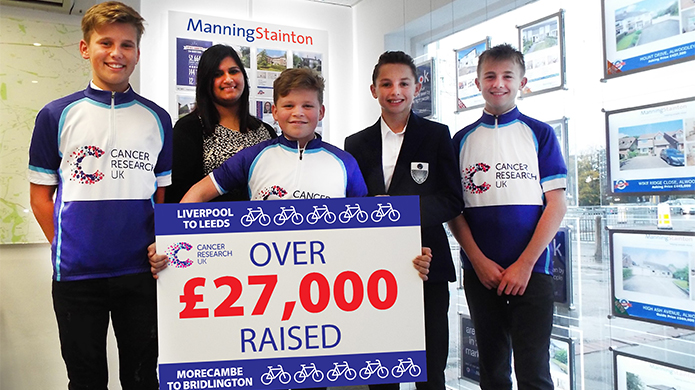