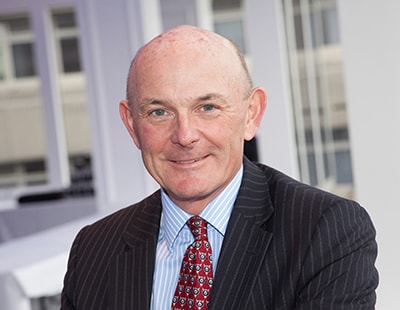 One of the industry’s longest-serving individuals, Connells Group chairman Stephen Shipperley, this month celebrates 40 years with the business.

He joined Connells Aylesbury branch as a trainee negotiator straight from school, and by the age of 21 became branch manager for High Wycombe, the office which would become the most profitable in the company under his leadership.

He became Connells chief executive in 1990 and Connells Group chairman in 2008.

During his tenure Connells Group has acquired Sequence, Sharman Quinney, Burchell Edwards, Peter Alan, Gascoigne Halman and Rook Matthews Sayer. What was a 20 branch business with 150 employees has now become an agency and property services group with a branch network totalling nearly 600 and 7,000 employees.

He says the defining moments during his career include the joint venture with Skipton Building Society in 1996 that saw the senior management of Connells take a significant equity share in the company; plus Connells becoming a founding shareholder in Rightmove in 2000 and Zoopla in 2010; and Connells Group becoming the first corporate to acquire an online estate agency, Hatched.

"Over the last 40 years, the industry has seen many changes and challenges, but the culture and ethos that I found when starting my career with Connells - one of entrepreneurship, innovation and a clear focus on attracting and retaining good people - still very much exists today," says Shipperley.

PropTech is the way to safeguard High Street branches - Connells ...

Connells Group says investment in PropTech will be the way to...

Strong year for Connells with sales and lettings both rising ...

Connells Group has announced strong figures for 2016 with the total...