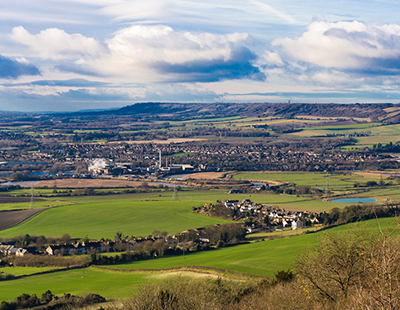 An agency specialising in land and planning claims that campaigners in favour of maintaining the green belt must accept that some of it will have to be built on.

Aston Mead says that building on green belt land has become necessary if a solution for the UK's housing crisis is to be found.

The comments come in response to a report released by Campaign to Protect Rural England (CPRE) last week.

The report alleges to have uncovered blueprints for almost 125,000 homes on over 200 green belt land sites around London.

CPRE is adamant that the 'threats are real' as most of the blueprints are allocated in Local Plan documents.

“It’s time that campaign groups like the CPRE stopped making knee-jerk reactions to every proposed bit of building on green belt land – especially when some of these Local Plans haven’t even been adopted," says Adam Hesse, Aston Mead's land and planning director.

Hesse says there is a misconception that green belt land has an ecological and agricultural value.

“The truth is that there are different ‘grades’ of greenbelt out there – some of which should be protected at all costs."

"But there’s a lot of what I call ‘grubby’ greenbelt – especially around road junctions and train stations – which most people would be surprised to discover was even considered to be green belt in the first place,” he explains.

The land agent uses the example of a patch of land in Surrey, located near Junction 11 of the M25.

Hesse says this site has 'all the right ingredients' to receive planning permission and could fit over 200 homes.

"Most people wouldn’t even realise this is green belt land and few people would miss it if it was built on.”

He goes on to say that the idea of protecting land in major urban areas is an 'outdated' and 'failed' experiment.

"Instead of preventing urban sprawl, the green belt has pushed house building into genuinely valuable parts of the countryside that really should be protected. All of which has meant longer commuting times, increased expense and more pollution."

Hesse argues that the green belt now acts as a 'wall' which confines urban residents at higher densities and has contributed to rising house prices.

"If we are going to solve this country’s housing crisis, some building on green belt land is now inevitable,” he says.

An agency which specialises in land is calling on local councils...

Briefings from the Conservative Party to The Sun newspaper suggest that...