Thanks so much for a bumper selection of charity deeds this week - as an industry we can be proud of our efforts.

All of these heroes below emailed us on press@estateagenttoday.co.uk, so please do the same if you want your hard work to get an honourable mention.

In the meantime, get inspired by these...

Balloons Bereavement Support: Naomi J Ryan agency in Exeter helped with a fete raising £1,295.49 for this charity, which provides support for children, young people and their families before and after the death of someone significant in their lives.

“Balloons is a charity close to my heart. It’s been an honour working alongside them to bring this event to life and knowing how much the funds raised will help them in providing vital services. For example, £1,000 will cover the cost of running a volunteer grief support worker group for a whole year. The extra £200 raised on top of that could pay for an activity day for five children” explains Naomi.

Swadlincote charities: An estate agent is celebrating 10 years in Swadlincote by aiming to raise £10,000 for three local charities.

Newton Fallowell has been established in the town since July 1 2006, operating a sales and lettings operation, and to celebrate its success and as a 'thank you' to the community it represents it has chosen to support three local charities – CVS Foodbank, CVS Safer Homes and Homestart South Derbyshire.

The JustGiving page is here: https://mydonate.bt.com/fundraisers/anniversaryinitiative

A team of 14 runners took part in and completed the Bristol Half Marathon which took place in the city and when all monies are counted, anticipate they’ll have raised £4,000.

Meanwhile, a further 23 employees from across the business took part in the London South Tough Mudder event which took place near to Crawley in West Sussex.  They raised almost £5,000 between them. 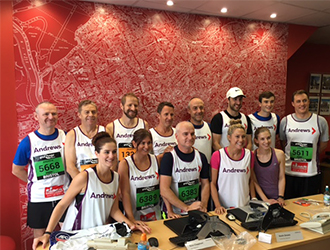 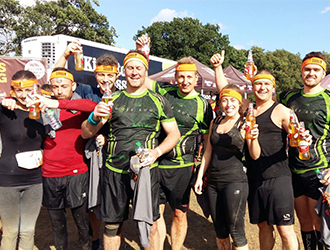 Queen Elizabeth Hospital’s Excel Appeal: Millsopps Estate Agents of King’s Lynn is more than halfway through its fundraising campaign in which the business supports the Queen Elizabeth Hospital’s Excel Appeal, which aims to raise £50,000 for specialist equipment, such as falls prevention kits, recliner chairs, and dementia software, which will all improve the hospital’s care of the elderly.

In February, Millsopps announced it would donate £100 appeal for every completed house sale in which the seller works for the NHS. So far the business has raised £600 through the scheme, but branch manager Dale Newson says more sales were likely to follow.

“There are three more deals in the pipeline and another three properties on the market so we could be looking at raising at least £1,200,” he says.

Alexander Devine Childrens’ Hospice: Fundraising events in recent months by Romans have included six half marathons, bodybuilding, and bikini fitness competitions, and show just how dedicated and ‘up for a challenge’ Romans’ staff really are.

Romans has supported the Alexander Devine Children’s Hospice Service for several years, and employees are fundraising in order to help the local charity build a children’s hospice. With the property company’s support the brand new hospice build is well underway and should be opening next summer.

Samantha Collier, Corporate Fundraiser for Alexander Devine Children’s Hospice Service, comments: “The parent’s lounge that Romans are so generously sponsoring is taking fabulous shape. The glass panes have been instated in the bi-fold doors that are key to the design of this room, ensuring it is bright and welcoming. We know how much the families we support will enjoy relaxing in this room day and night. 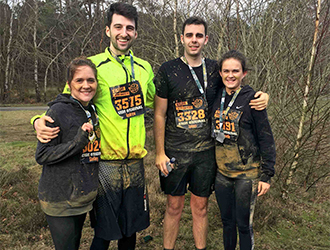 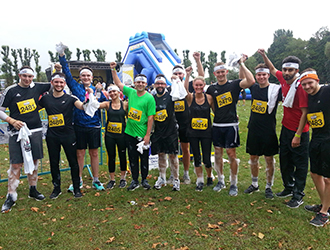 Martin House Children's Hospice in Yorkshire: This is Linley & Simpson’s chosen charity and in the first fund-raising event staff were encouraged to bake cakes or buns and sell them off for the charity, which is the agency's adopted good cause of the year. More than £700 has been raised - and it's still coming in. 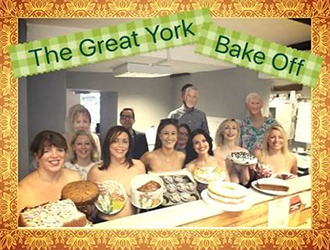 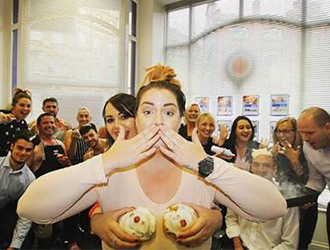 More unusual entries including a gin & tonic loaf, a Guinness cake, a gluten free carrot cake and a liquorice and blackcurrant chocolate cake - in total, 65 cakes over five days. 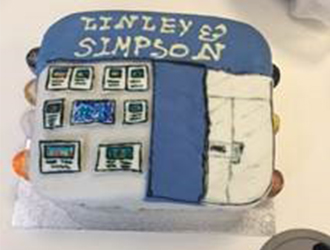 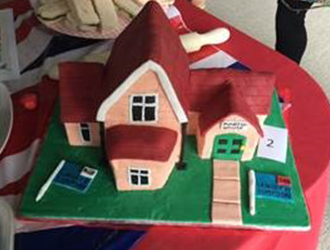 Agents Giving: Ravensworth is donating £10,000 worth of design and print work to bolster Agents Giving’s marketing and fundraising initiatives and events for the second year running.

The team is also offering any estate agents who are planning fundraising activities a 15 per cent discount on all design and print work in order to support their charitable efforts.

“We are so grateful for Ravensworth’s continued support. Not only does the team’s generosity help Agents Giving realise its goal of assisting the sector with its fantastic fundraising initiatives, it also plays a crucial role in the success of our own events and charitable efforts” says Agents Giving chairman Peter Knight.

To take advantage of this charitable discount, agents should email marketing@ravensworth.co.uk quoting 15%CHARITY along with their requirements.

Let’s face it - summer seems to be on holiday itself,...