Let’s face it - summer seems to be on holiday itself, if the weather in the UK is anything to go by.

Even so, there’s plenty to cheer about in terms of our industry doing more than its fair share to help those in need.

All those featured on this bumper edition of Agents Do Charity let us know about their heroic work by emailing press@estateagenttoday.co.uk.

Please do the same and we’ll be delighted to publicise your efforts - come rain or shine...

“We want to hold a fundraiser which brings our community together, but also makes use of the estate agency industry we are in. Most people will have a spring clean before they move homes; this jumble sale is a way to prevent their ‘leftover luxury’ from going to waste, whilst helping the Hope Centre continue their fantastic work with the homeless” says Jonathan Lloyd-Ham, branch manager.

Hope Centre spokesperson Tanya Haji-Miller says: “We have provided support for disadvantage, homeless and poor people in Northampton for over 40 years. Thanks to generous people in our community, and organisations including The Fine & Country Foundation, we are able to provide hot food, drinks, showers, clothing and workshops and training to local people who are most in need.”

Teams of young people from across the capital build go-karts from materials and tools provided and then race against each other; this month, around 100 children divided into 12 teams. Lambeth’s adventure playground group, Lambeth Triangle, winning the overall race.

As well as donating £300 for a go-kart, a team from JLL’s residential agency business attended on the day to help their team build the go-kart.

Charlotte Malone, director at JLL Canary Wharf, says: “This is our fourth year sponsoring this event and we are delighted to continue to support it. The work that London Play does to tackle the exclusion of children from some activities due to financial circumstances is so important, giving them the much needed opportunity to get involved in something which they wouldn’t normally be able to.”

Agents Giving: The industry’s charity is celebrating another year of fantastic fundraising efforts in the industry with its Fundraising Champion Awards 2017 on December 8.

The 2017 awards will recognise some very special fundraising stories, personal challenges and all the great charity and community work carried out by the industry over the last year, all with one thing in common; to raise funds and awareness for some really worthwhile causes.

There are six award categories this year including; best company fundraising, creative fundraising and best agency CSR award. You can enter the fundraising awards on the Agents Giving website where there are also details of the awards evening.

“We are proud to announce that we are once again celebrating the amazing fundraising efforts of the industry this year at our charity ball. There have been so many wonderful fundraising stories and charity events this year which, once again, highlights the great work that agents and suppliers are doing in their communities” explains Michael Stoop, director of Agents Giving. 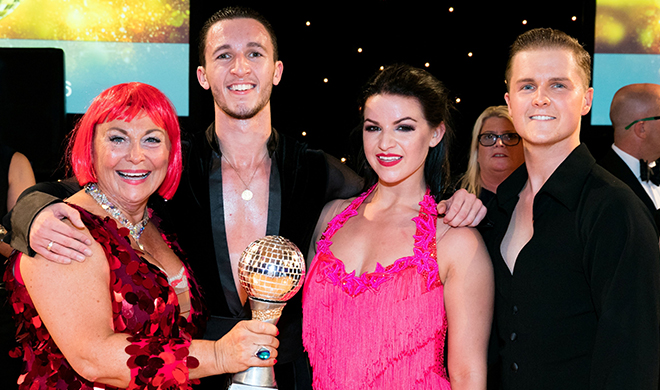 The Agents Giving Charity Ball is also hosting the 2017 Strictly Agents Dancing competition where twelve of the industry's finest will battle it out on the dance floor with their national partner to win the Agents Giving glitter ball trophy.

The list of the Agents Giving Strictly Dancers for 2017 includes:

The end-of-term extravaganza at the Henry Cohen Campus was extremely well attended by families and friends who found numerous stalls and attractions, including a bouncy castle, a golf game, a human fruit machine and a tombola, to help them part with their money. There was even a visit from the local fire brigade. 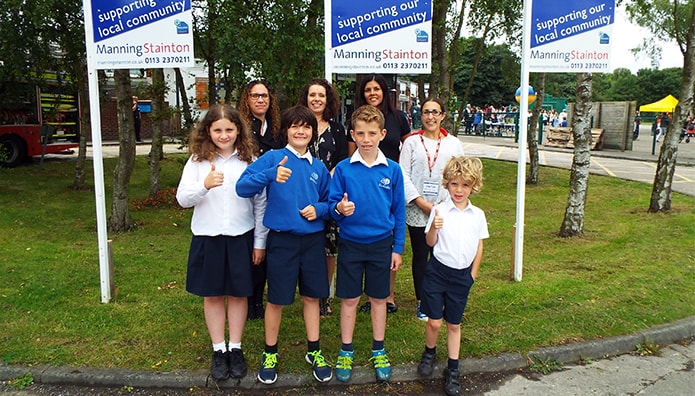 Manning Stainton supported Brodetsky Primary School through its ongoing Community Support Programme which has donated in excess of £50,000 to over 50 clubs, schools and other organisations in the last 12 months.

Up for grabs were a total of £1,250 of House of Fraser vouchers for the winners to keep for themselves and charitable donations totalling £3,000.

The judges’ first place goes to ‘Poppyfield at Widbrook Common’ by Mick Vogel, a stunning shot of a poppy field in Cookham. Mick has chosen to split his £1,000 charitable donation between Wild Maidenhead and Cookham Wildlife Supporters.

In second place, the judges chose ‘Temple Island on a Chilly Winter’s Morning’ by Oli Anderson, a breathtaking photo capturing sunrise across an ice cold lake in Henley. Oli’s £500 donation will be going to Harpsden pre-school.

And in third place ‘Horseshoe Golden Sunset’ by Paul Williams, a glistening aerial shot of an unusually shaped island near Yateley. On behalf of Paul, Romans will be donating £500 to The Lymphoma Association, dedicated to provide care and support to those affected by Hodgkin’s and non-Hodgkin’s Lymphoma.

The public took part in choosing their favourite photo too. The winning photo racked up 1,038 online votes and goes to Lizzie Barry with ‘Walking Around Always Captures the Imagination and Takes You Away from Everyday Life’, a beautiful photo of a picturesque pathway through Ockwells Park in Maidenhead. Lizzie won herself £500 of shopping vouchers and a £1,000 donation to ARC Counselling, a Wokingham based charity.

You can view all of this years’ entries by going to: romans.co.uk/thelocalpicture.

Using the estate agency membership’s Referral Network, the event saw members from across England, Scotland and Wales, help raise money for the well-deserved cause.

The #RelocationAcrosstheNation event launched on June 22, coinciding with Agents Giving Day, the charity’s national fundraising day. Between then and July 31 participating members of Relocation Agent Network donated £1 to Agents Giving each time they either referred a customer to another member agent, or received a referral.

Agents Giving Chairman, Peter Knight says: “It’s wonderful that so many Relocation Agent Network members have taken the time to support the #RelocationAcrosstheNation referral fundraising event this summer.  They have collectively reached their fundraising target of £1,000 for Agents Giving, so a massive thank you on behalf of the charity for all your donations."

Let's dance! Your chance of FREE tickets to the Agents Giving Ball ...

Congratulations! The winner of free tickets to the Agents Giving Ball is.... ...

Many thanks to all of our readers who entered our competition...