Hello and welcome to another Agents Do Charity, EAT’s weekly round-up of the unseen side of our industry - its work for the community.

Everyone mentioned here has been in touch by emailing press@estateagenttoday.co.uk.

If you do the same with details of your event, we’d be delighted to give your generous gestures some welcome attention.

Here we go with this week’s update...

Arthritis Research UK: 20-year-old Jamie Leavy, an estate agent at Romans Staines, is running the Windsor Half Marathon alongside his younger brother Dean, to raise money for a charity that is close to their hearts. They will be running in aid of Arthritis Research UK next month as a birthday present for their Dad who suffers with the condition.

Jamie comments: “Our Dad is very proud and trying to support us as much as possible. The whole family will be there to watch us suffer!”

Even though the brothers are not keen runners they are now five weeks into their 15 week training programme with Jamie often getting up at 5am for a run before work.

The brothers felt that this would be a good challenge to tackle together; their training programme consists of running at least three times a week.

To help them reach their £400 target please donate: justgiving.com/fundraising/jdleavy 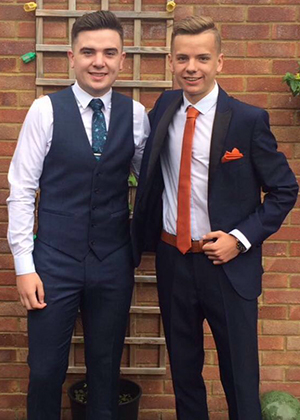 Amongst the 27,000 competitors sat 10 Foxtons employees who battled it out following months of rigorous training and fundraising to complete the gruelling journey. The route took riders from Queen Elizabeth Olympic Park, through the centre of London before heading out to the picturesque roads of the Surrey Hills before making the ascent back up to the capital for the finish line at The Mall.

Team Foxtons succeeded in raising over £4,500 for London's Air Ambulance, with donations still coming in. All Foxtons participants finished the race with the best time coming in from one of their valuers at a very impressive 04:24:39.

“We are all very proud of Team Foxtons and their hard work towards training, fundraising and completing the cycle to raise donations for our charity partner. We are delighted to be supporting the vital work that London's Air Ambulance does and helping the charity to maintain its service and contribute towards long-term sustainability” says Patrick Franco, the agency’s chief operating officer. 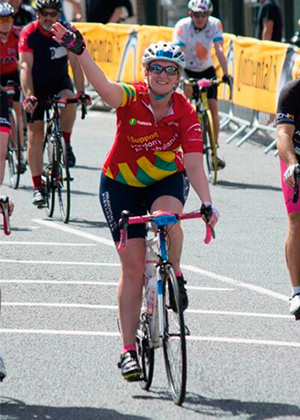 Macmillan Cancer Support: The collection buckets were out in force for Macmillan Cancer Support at a primary school’s summer fayre. Agency Manning Stainton, one of the area’s local agents, made a donation to the annual event at Cookridge Holy Trinity and colleagues from the Adel branch used the day as an opportunity to collect for the company’s 2016 chosen charity.

Manning Stainton raises money for Macmillan Cancer Support under the banner ‘Mannings for Macmillan 2016’, carrying out a range of activities including ‘Paint Leeds Green’ which generated over £5,700 in a single day. 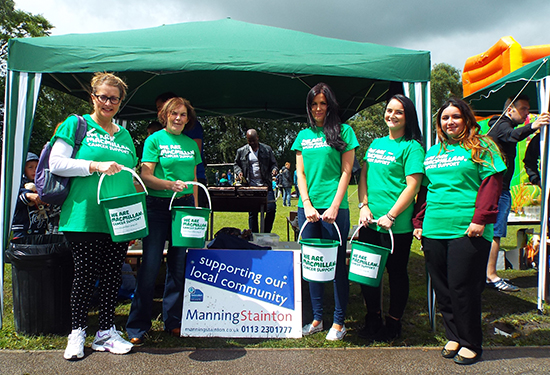