As we approach another autumn weekend, the country's estate agents and property professionals have not taken their foot off the pedal when it comes to fundraising.

We've been overwhelmed with submissions this week and if you'd like us to shout about your charity work, please get in touch on: press@estateagenttoday.co.uk.

Chalke Valley Cricket Club: McKillop & Gregory, an estate agency in Salisbury, has now donated over £10,000 to a local cricket club over the last six years.

The agency has been donating £250 from every sale it makes to help the club buy facilities for its senior and junior players.

The donations have clearly been put to good use as Chalke Valley were recently crowned champions of their local league.

“We hope our support will help the club to give both senior and junior players an opportunity to play the game and enjoy the fun and excitement that cricket provides to all who play and watch the game," says David McKillop, senior partner at McKillop & Gregory.

The show, which takes place on the outskirts of Leeds and is now in its 70th year, attracted hundreds of exhibits and displays along with trade stalls selling plants and homemade produce.

"The event takes a lot or organising and incurs significant expenses so the generous support of our members and local companies such as Manning Stainton is very much appreciated," said show manager Susan Frost. 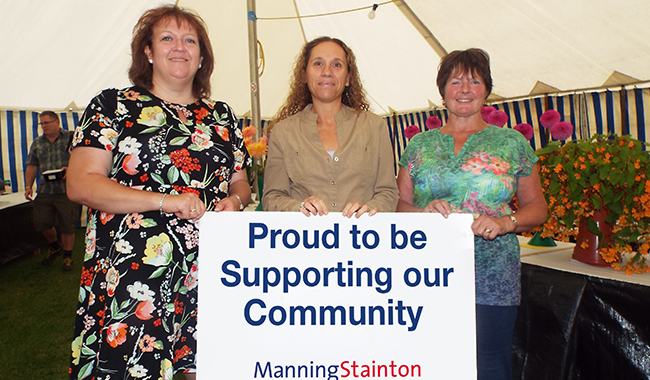 National Air Ambulance Week: As part of this annual event, the agents at Cambridgeshire firm Thomas Morris Sales & Lettings have been allowing people to throw pies in their faces in the name of charity.

One of the firm's directors, Simon Bradbury, was 'pied' by Magpas Air Ambulance's Antonia Brickwell – the video of which you can see at the bottom of this article.

Reminiscent of the ALS Ice Bucket Challenge, the campaign sees people nominating each other to take part and then filming what happens next.

Agents Giving: The ESTAS has announced that Agents Giving will be its charity partner for 2017. The announcement comes a week before Agents Giving's annual ball, taking place at the Lancaster Hotel next Friday.

Agents Giving will once again have a strong presence at next year's ESTAS awards which will take place at London's Grosvenor House Hotel in front of 1,000 of the UK’s top property professionals.

“We’re delighted to confirm Agents Giving as our official charity for a third year," says Simon Brown, managing director of the ESTAS.

"I particularly like the fact that Agents Giving supplements local fund raising efforts by agents by 10%. We’ll do all we can to continue to raise awareness of this fact and hopefully help to generate more funds for the charity."

There are a handful of tickets left for next week's Agents Giving Ball, which can be booked here.

Over 200 property professionals from all over the country took part in the event which took place in aid of Wooden Spoon, a rugby charity which supports children.

Some competitors donned fancy dress for the occasion and all participants enjoyed fantastic views of some of Edinburgh’s most iconic landmarks, including the castle, Holyrood Palace, Royal Mile and Scottish Parliament.

"We had surveyors, investors and consultants from London, Manchester, Birmingham, Glasgow and Edinburgh. We’re delighted that the race has raised in excess of £7,000 so far, with donations still coming in, and we’d like to thank everyone for their generous support,” says Laura Hughes, one of the race's organisers. 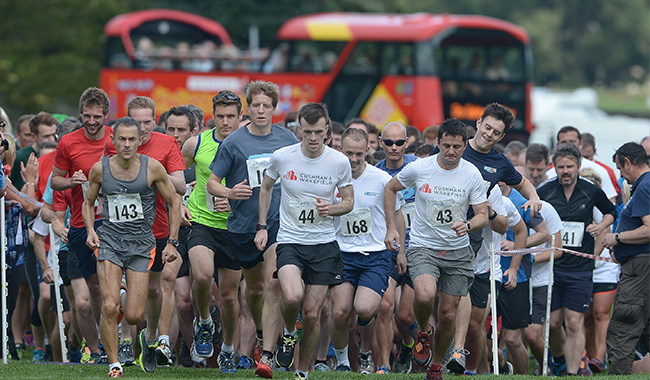 The ten agents taking part set themselves a relatively modest target of £1,000 which they have well and truly smashed, raising over £7,000 so far. 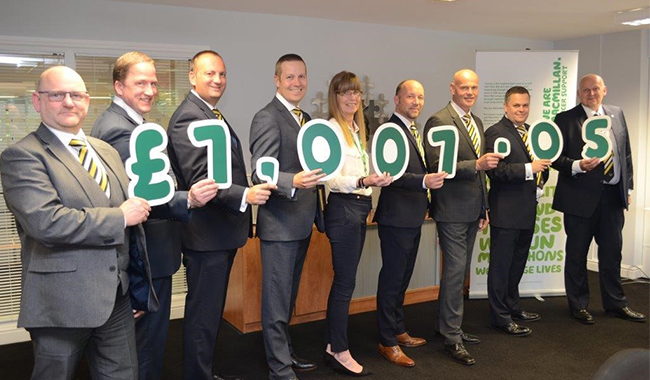 Alzheimer’s Society: A team of commercial property agents from Innes England are taking part in the Robin Hood Half Marathon to raise funds for their firm's charity of the year, the Alzheimer's Society.

Eight agents from the firm's Nottingham and Leicester branches are taking part in the event, hoping to add to the £3,000 the agency has raised for the charity so far in 2016. 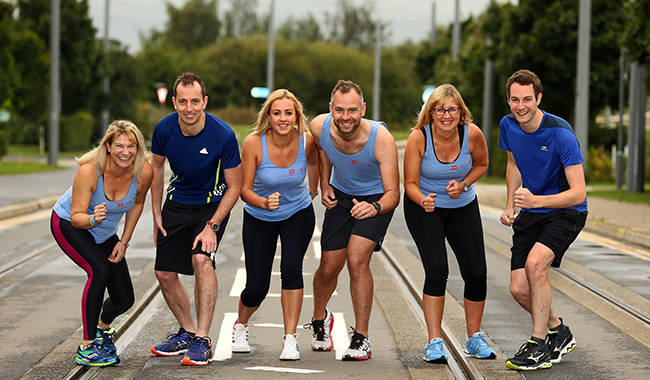 “Dementia is something that will touch so many of our lives so we are excited to add to our already substantial total with such an iconic Nottingham race,” says Tim Garratt, managing director at Innes England.

You can donate and follow the team's progress here.