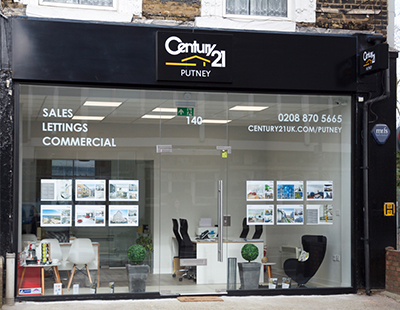 Yet another agency is opening a new office in Greater London - this time it is Century 21 UK which has this week launched a branch in Putney.

Since the New Year alone we have reported on a new office in Bow from Fine & Country, the opening of a ninth branch in the capital for Aspire, a new north London office for Hunters, two offices from Kinleigh Folkard & Hayward - taking its total in London to over 50 -  as well as the promise of several new openings from Foxtons.

The new Century 21 office in Putney is being managed by Hanane Dawson, who has worked in real estate overseas.

The office will offer residential and commercial sales, lettings and property management, surveying and mortgage advice and marketing.

“2016 has begun in exciting fashion ... with a number of new offices about to launch and a number in the process of finding premises” says Rob Clifford, Century 21 UK chief executive.

Century 21 UK appears to have bucked the trend of closing...

Century 21 has announced another new office, this time in Stafford. The...