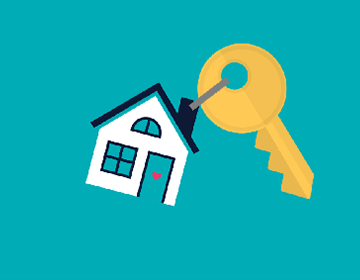 A recent study has revealed what the biggest moving home fails are in the UK, including damaged furniture, scratched walls and new homeowners losing the keys before they even reach the front door of their new home.

Moving home fails aren’t exactly uncommon. According to the research study by Happy Beds, over half of Brits have experienced some sort of moving-in fail.

As a result of moving home stress, one in eight prospective movers have suffered at least one sleepless night before the day of their big move.

“There are countless things that can go wrong, and it can feel as if you’re spinning plates trying to make sure everything goes to play. It is important before moving to plan everything well in advance, in order for you to get a good night’s sleep before the big day.” Says Joy Richards, sleep expert and commissioner of the research as part of Happy Beds’ Moving Home campaign.

However, the worries and sleepless nights don’t stop after moving day. The poll of 2,000 Brits also revealed that, on average, it will take four nights for new homeowners to get a full night’s snooze in their new home, with one in 10 believing that trying to sleep in a new environment is the most stressful part of the overall move.

Unsurprisingly, wardrobes were nominated the single worst item to move from one house to another, followed by sofas and delicate items like vases or mirrors.

“Having the support of people, you can rely on can really make the difference – taking the worry out of this exciting period of your life.”

“If you can relax in the knowledge that the exchange and completion is in safe hands and will go through without a hitch, that is one less concern off your plate and you can concentrate on packing and unpacking again.