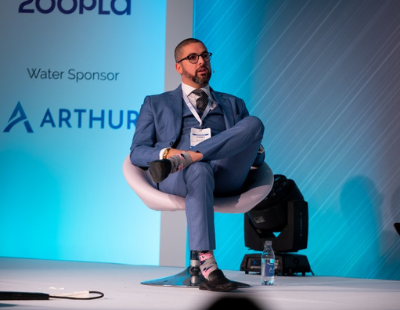 People in prominent positions in the housing industry aren’t always perfect role models. After all, Chris Pincher was housing minister for two years.

But the CV of new ARLA Propertymark President David Votta is everything you would expect it to be from a trade body leader.

He owns his own business on the south coast - it won 23 five-star Google reviews from landlords and tenants within six months of opening - and his decade in the industry has involved stints at two corporates. He’s not unambitious; his company website says he “leapfrogged his colleagues” early in his career and has a “self-made entrepreneurial background”.

So far, so predictable - and impressive.

Yet speak with Votta and you realise he is neither the typical lettings agent nor the usual voice so often found at the helm of trade bodies. 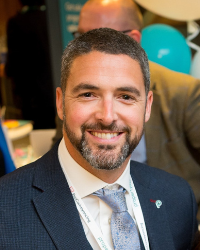 He is open about his personal struggles in the past. He underwent six months’ treatment with weekly Cognitive Behavioural Therapy sessions after depression which he realised was Post-Traumatic Stress Disorder from an event some years earlier. And he admits to regretting the way he was once unsympathetic to a friend who had what he now understands to have been mental health issues.

Votta is also keen to emphasise that he may be at the top of a very established and establishment trade body, but he’s not without a radical edge: at 39 he’s keen to tell you that he’s ARLA’s youngest-ever president, admits that things were “a little rocky” for Propertymark a few years back, and that the organisation as a whole is (thankfully) no longer what he calls “an old boys’ club.”

He’s also passionately keen that agents’ ‘good sides’ are promoted - he’s gone on record saying he can think of few if any industries whose key people give as much time, effort and money to local charities as property agents,

On contemporary issues he’s cautious in terms of his official response to the Fairer Rental Sector White Paper (remember - he will have to sit around a table with government ministers at some point) although he doesn’t disagree when I put it to him that it’s difficult to see it overall as anything other than a shift of power from agents and landlords towards tenants.

“It’s actually very positive for landlords when you read the nitty-gritty,” he says. ”Like so many other initiatives we’ve had, when you look at it, it’s not all negative.” He points to the likely strengthening and clarification of Section 8 eviction powers as a particularly strong win for the industry.

When tackled on the industry’s failure - my word, not his - to win over the government on a raft of rental sector issues and the need for the rapid introduction of regulation, he is similarly optimistic, suggesting there’s still everything to play for.

Votta says: “There’s going to be a long time before implementation. The White Paper is just the start of the process in many ways. My hope is that the industry will come together, unite, and see that while there are some weird proposals it’s also a big opportunity.”

He believes the industry should continue the vigorous lobbying of recent years, coming together with a united front and promoting more case studies of the positive impact that landlords and agents have in terms of providing homes.

That case studies point is key to understanding Votta’s approach to the industry: he likes people and the difference they make. 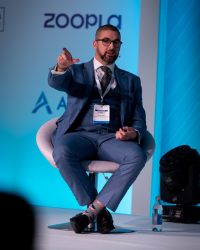 He revels in explaining, in a previous interview, that he won a landlord client soon after he set up his own firm because they were impressed at how sympathetically he treated a tenant some years earlier; he keeps referring to ‘the bigger picture’ as being the objective we should look at as an industry, rather than merely getting one over a rival agent in the short term.

And he is, predictably, supportive of Propertymark too.

All trade associations have their detractors but Votta doesn’t give an inch to those who are critical of Propertymark.

He says: “It’s a safety net for about 80p a day. What a bargain! Propertymark came into its own during Covid in my opinion. Now agents can be equipped with all the tools they need whether it’s about webinars, insurance, compliance, training. Why would you not join?”

And his own goals as President? He wants to push for regulation, a code of conduct, and more uniform fair enforcement of the rules.

Those aims were knocking at an open door with government a few years ago, but the issue of RoPA and regulation now appears to have fallen down the urgency-list for the Department of Levelling Up, Housing and Communities.

In the absence of long-overdue government action, Votta clearly believes it’s up to the industry to get its own house in order, and to become more fleet of foot given the unpredictability of the economy and politicians.

He thinks this is key to agents winning more business too - a point he wants to emphasise to those looking to ARLA Propertymark for leadership.

“Agents have to be adaptable. They’ve already adapted to big changes but more are likely to be on the way. As long as agents give value, remain flexible and stay positive, we’ll all be OK - individual agents and our industry.”

Agents - give yourself a Mental Health Day ...

With this week being Mental Health Awareness Week, Sam Hunter -...