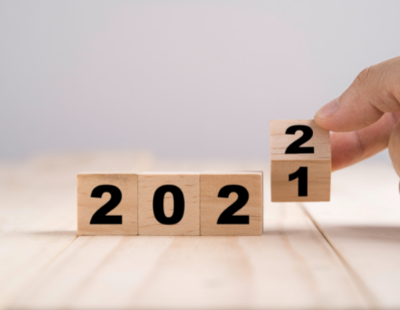 The lettings sector looks set to steam ahead in 2022 after a record-breaking 2021, despite the financial and mobility challenges of Covid.

Meanwhile, UK PropTech investment soared, in part thanks to the pandemic’s restriction on real-world interaction at work and in property transactions.

But will we see support from policymakers?

Rental reform has been on the government’s to-do list for over two years, but the pandemic has kept its plans on ice – and there is still no guarantee that it will be implemented this year.

The government’s latest estimated release date for the rental reform White Paper is now sometime in 2022, after first saying it would be out in the autumn of 2021.

The White Paper will inform the final version of the Renters’ Reform Bill and give the government an opportunity to provide clarity on how and when it will increase the sector’s appeal for tenants by scrapping Section 21 “no-fault” evictions and introducing lifetime deposits. However, once the paper is released, a period of scrutiny and discussion is likely before the bill goes before MPs and peers.

Parliamentary time is likely to remain at a premium for the foreseeable future if Covid continues to be a major problem. Speculation is that all restrictions may be lifted as early as March but, all things considered, the timeframe for rental reform to be enacted this year could well be tight.

Transparency will continue to be crucial

Last year, PayProp ran a series on building trust through transparency in the private rented sector – hosting a roundtable and webinar and producing a PDF report. This gave a much-needed forum for leading industry figures to discuss how greater transparency would help to improve relationships between landlords, tenants and letting agents and drive up standards across the board.

Transparency is crucial for the continued success of a growing private rented sector, and agents should pay heed even before further regulation is introduced. Even if the Regulation of Property Agents (RoPA) working group’s recommendations are held up by Covid, there are measures available to all major stakeholders in lettings – including suppliers – to improve the image, reputation, processes and mutual trust at play in the sector.

PropTech will continue to grow

The idea that PropTech has reached a natural ceiling was soundly debunked by research carried out late last year by Pi Labs.

The venture capital firm found that investment in the sector reached record levels in 2021 and was more than four times greater than 2020.

This figure is 15 times higher than the £105.68 million seen in the UK in 2016, when the sector first started to find its feet. At that time, experts predicted a long-term upward trend, continued inflows of investment capital, and sustained innovation.

It now seems there’s every chance that 2022 could be another record year for PropTech.

There will always be a need for agents to pick and choose the PropTech that is right for them and their business. Not everything new and shiny will be useful, but PropTech that can grow and enhance a business will improve agents’ chances of increasing profit margins and improving their reputations for transparency and great customer service.

Collaboration will be key

Historically, there has perhaps been a bit of an ‘us and them’ gulf between tenants and their landlords and letting agents, but it’s absolutely vital that all parties in a rental transaction work together in harmony.

After all, tenants are the customers – and very valuable customers at that. Landlords provide and maintain vital homes for people from all backgrounds and walks of life. Letting agents in turn are typically the conduit between the two and the glue that binds everything together.

If one part of this equation doesn’t follow through on its commitments, the other parts suffer – and we end up with dissatisfied stakeholders and a dysfunctional lettings sector. By being transparent and working together constructively, we can make our industry less susceptible to the rogues that spoil it for everyone.

These are just some of the things that could happen in 2022, in what looks set to be another varied, interesting, dynamic and exciting year for the market. I think we can all agree on that prediction.

Predictions 2022 - an interview with Simon Shinerock ...

Three reasons why PropTech has become more than an industry buzzword ...

Having recently attended FUTURE: PropTech in London, it struck me just...