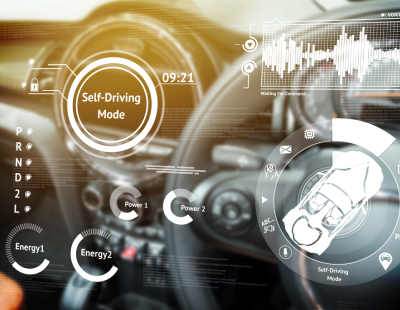 In the not-too-distant future, it will be possible to order a driverless car to collect you and then drive you to a location of your choice. It will be as easy as ordering a takeaway or an Uber is now.

The future of transportation will look very different than it does today, and this will present challenges and opportunities for the property industry.

Ground transportation will be connected seamlessly with air taxis and micro mobility solutions like electric scooters that can be hired from handy locations.

The impact of this revolution in transportation on the property industry may be wider ranging than you think. After all, 100 years ago our cities were built to accommodate only the motor car.

Tesla is leading the way with electric vehicle technology and shaping the way in which we visualise future travel.

Research shows that a staggering 96% of the time vehicles are sat motionless on the street or outside the owner’s residence.

Tesla has the technology built-in to cars that enables them to work as driverless taxis. Imagine your customers being transported from their location to a property viewing, without needing to compete with the stress of commuters or the worry that trains aren’t running on time.

Tesla and the other autonomous vehicle producers are playing a waiting game whilst legislation catches up with technology.

Recently, the UK government completed a consultation on the future of transportation which it called a ‘once in a generation opportunity to reform regulation in transport’ with a stated aim to ‘make the UK a world leader in the movement of people, goods and services’.

This consultation was a marked vision and understanding of the technological benefits that future transportation will have on the way in which we move through locations, conduct business and change transportation habits.

China is already pushing ahead with the widespread use of driverless vehicles. Robotaxis have begun operating on the streets in major cities like Shanghai, Beijing and Shenzhen. Once registered on the mobile app for robotaxis, users can experience the latest technology first-hand today!

Self-drive cars will truly pioneer the way for transportation and with lanes dedicated to such transport, road congestion could see a reduction.

However, rush hour and city congestion will still undoubtedly remain. Uber, renowned for creating efficient transportation, is working with Bell helicopters in its vision for creating air taxis.

Bell has designed a vertical take-off and landing air taxi, created as a five-person hybrid-electric powered vehicle – a handy mode of transport during the dreaded rush hour.

Are air taxis just a fantasy?

With estate agents needing to show properties in various locations they will be able to reduce the number of hours spent travelling or sat in traffic by booking an air taxi using the Uber app,  much like they do now with the ground-based vehicles.

It is envisaged that users will pick up their Uber Air from high rise heliports at hub spots in cities and be taken to their location or nearest to their destination, before continuing their journey using ground-based vehicles.

Sounds like the stuff of Star Trek?  You may think that this talk is light years ahead of its time, but you’ll be surprised to know that Uber is aiming to take fee-paying passengers on Uber Air by 2023.

Think of the commercial opportunities that will be presented by additional space becoming available in congested cities and potentially more empty space in cities that are struggling to attract enough footfall today.

Studies show that less and less people are now choosing to own their own vehicle and the number of millennials opting to take a driving test is decreasing.

As an economy, we need to reflect on this and think of the commercial opportunities that will be presented by additional space becoming available. With less people on the roads or needing a car parking space, cities will thrive with more opportunities for building and land usage near prime locations.

At Dezrez, we often talk about the power of an open API and how solutions can be connected to provide seamless user journeys. It is likely that governments across the world will follow Finland’s Transportation Code of requiring all new transportation software solutions to include such open API, ensuring efficiency and a streamline service.

Advancements in API software will change the industry

With advancements in future tech, we envision an estate agent being able to use their API-enabled CRM software to order all the necessary transport for both themselves and prospects.

Home buyers will receive a new level of customer service with agents instructing self-drive cars or air taxis to take them to property locations.

All addresses will be properly matched with information fed from the CRM and arrivals will be calculated by the minute, reducing wait time for both parties.

How PropTech Can Help You Win More Instructions ...

PropTech has seen a surge in uptake over the last few...

Video interview - what are the benefits of third-party integrations? ...

In this latest video interview with the industry, Estate Agent Today's...

How to promote fruitful relationships with your local conveyancers ...

As you are no doubt aware, building mutually beneficial relationships with...