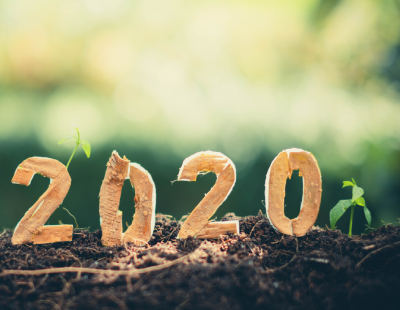 It’s no surprise the mainstream news remains dominated by coronavirus - not so much the actual effect of it right now, but more the fear of it returning with a vengeance.

It is still possible that the agency industry’s recovery might be thrown into disarray by a second wave of the virus, which no sane person would want.

However, assuming that does not happen, what are we to look for in our industry between now and Christmas?

Ask that of 100 people and you get 100 (or more) answers. Here’s my seven-point list of what’s coming up - but as we all know, the future has become an unpredictable place.

1. Consolidation, not collapse: Many pundits (often the ones that suggested a sharp drop in house prices immediately after lockdown) predict the collapse of many agencies over the coming months.

There may be a few biting the dust but in the light of such a strong market over the summer and so far this autumn it’s more likely, surely, that we’ll see consolidation rather than collapse. For example, Countrywide is more likely to merge or be taken over rather than simply fall into administration.

2. Portal fees: While the market is storming ahead (at least right now), it may be difficult for Rightmove, Zoopla and OnTheMarket to revert to full fees in one fell swoop.

My guess is that there will be a phased return. This will generate a lot of heat but little light…as we have seen, anti-Rightmove campaigns secure massive publicity but in the end tend to make little difference to the number one portal’s agent membership.

3. A Budget like no other: Date to be confirmed but November will see Rishi Sunak’s Budget, set to raise taxes - how could it do otherwise to cover the coronavirus cost?

All the smart money is on higher Capital Gains Tax, possibly extended to some principal properties as well as additional homes.

The timing means the Chancellor need not say anything about stamp duty, but if the market remains as strong as today few would believe he would extend the holiday beyond March when there is so much revenue to be had.

4. The beginning of the end of upfront agency fees: For all its woes Purplebricks remains by a country mile the largest of the online agencies, and what it says this autumn will matter…at least to the other online players.

It’s been piloting different fees in different parts of the country and will restructure pricing in the next few weeks. That may not quite mark the end of upfront fees, but it will be a nail in their coffin.

5. Countrywide: What next? At most there might be a dramatic merger or takeover while at the very least expect a strong shareholder rebellion, and not just from the two voices who have spoken out so far.

The old management will be swept out within months, but the critical issue will be the strategy of those sitting at the new top table.

6. Portal Boom(in): Covid or no Covid, the portal top two remain roughly as they were - Rightmove has seen off any significant rebellion, while Zoopla is getting more long-term agent sign-ups but remains firmly as the number two.

Look for changes regarding (a) OnTheMarket under a new chief executive who has little experience of running a large company, and (b) the arrival of the Bruce Brothers’ new portal Boomin. It looks like Say No To Rightmove has Said Yes To Boomin. Will enough others do the same, and will the brothers be able to shed their purple baggage in sufficient scale to succeed at last?

7. Regulation: If coronavirus does not swamp the agenda, expect progress on regulation and training for agents. A code of conduct is being discussed by yet another ad-hoc body consisting (as always) of the Royal Institution of Chartered Surveyors, Propertymark, The Property Ombudsman, the National Trading Standards Estate and Letting Agents Team, Property Redress Scheme and others.

Don’t necessarily expect an agreed code to emerge - but all of those groups will individually be trying to secure their future in a more regulated world. Propertymark in particular will want to make itself more relevant and become the all-industry body it has failed to become so far.

Here’s hoping you managed to have as good a Christmas and...

There is no scientific formula, no list of must-have elements in...