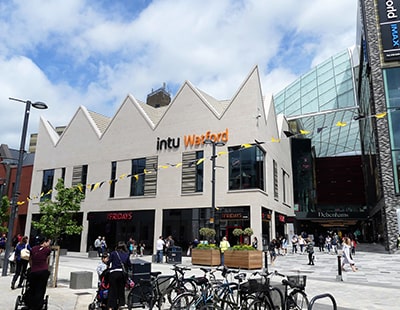 Coronavirus may lead to significant changes in public behaviour and the return of economic uncertainty, even for just a few months.

For many that will be frustrating, especially after a strong start to the year, but at least the market will return when the virus threat recedes.

Not so the problems in the retail sector of the commercial property market where coronavirus - if it has an impact on footfall - may be the least of its worries.

I wrote back in August last year about the dismal first half of 2019 for Intu, Britain’s largest retail landlord which owns 17 of the country’s biggest and best-known shopping centres, including Manchester's Trafford Centre and Lakeside in Essex.

It’s fair to say that in the second six months, however, dismal became despairing.

Here are the figures, and they make Countrywide’s residential business performance look positively beaming by comparison:

- it has abandoned its attempt to raise £1.5 billion after investors snubbed the offer;

The landlord may or may not survive; in its recent statement it listed 27 risk factors which may impact negatively on its future performance and value.

So, what has all this to do with the residential sector?

Let’s return to a well-worn theme: many of the locations of Intu’s biggest assets are city centres or out-of-town with parking. Both, one might think, would be suitable for homes.

Councils, too, which in the past have measured success partly by their ability to attract big name occupiers to gleaming shopping centres, will be obliged to reshape their strategies.

What’s wrong with a mix of housing and large stores on a site like Bluewater or the Trafford Centre? A few in-town modern centres - Exeter’s Princesshay, for example - do exactly that, albeit on a much smaller scale.

Expect more of that in the near future, as soon as the retail landlord mindset eventually catches up with new consumer shopping habits.

When change comes it will help those landlords out of a fix and assist residential developers find new large-scale sites - a win-win that could finally resolve a problem that’s bedevilled the country in recent years.

Now wash your hands thoroughly - we’ve got a virus to beat, too…

A guide to commercial mortgages during the Covid-19 pandemic ...

With access to finance being such a hot topic at the...

An empty vessel makes the most noise ...

What are we going to do about Generation Rent? Only as...