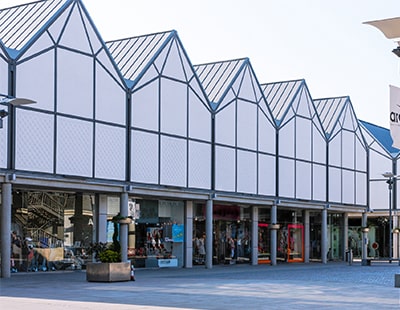 I missed the biggest property story of the week and it’s only scant consolation that almost everyone else seemed to miss it too.

On Wednesday, I was frantically writing about Countrywide’s and Connells’ half-year performances - their results came at 7am and my deadline was the 7.30am newsletter for Estate Agent Today.

But at the same time a rather bigger story was unfolding, and going largely unnoticed.

That was the half-year trading statement from Intu - it sounds dull, but it isn’t.

While estate and lettings agents face cyclical issues like housing downturns and upturns and the disruption that is Brexit (which, dear God, let’s hope is only short-term), Intu is a property company that is facing a truly existential threat.

For the uninitiated, Intu is Britain’s largest retail landlord.

It owns, amongst other things, Lakeside shopping centre in Essex, Merry Hill in the West Midlands, and the Trafford Centre in Manchester. And while Countrywide and Connells can safely anticipate that everyone will want homes to buy and rent in the future, Intu is faced with the possibility that very few of us may go to a shopping centre in years to come.

Intu's figures for the first half of 2019 paint a picture that is, frankly, beyond bleak:

- a collapse in the value of its properties created an £856 million loss;

- its share price, having taken a battering in recent years, fell 32% on Wednesday;

- that wiped £200 million off the value of the company;

- investment bank Liberum summed up the performance in one word: “awful”.

The reasons for the epic proportions of this property company’s collapse are clear enough.

In the short-term retailers like Debenhams, Toys R Us, House of Fraser, New Look and HMV have gone into administration or scaled downwards the number and size of stores.

In the longer term, online shopping and an increasingly eco-conscious ‘shop local, shop small’ trend has increased in both the discretionary and essential retail sectors, meaning lower footfall in city centres and now even out-of-town easy-to-park malls.

These trends are familiar enough, although they are now accelerating at a rate that is surprising even the most savvy retail analyst: but what’s new is how Intu and some smaller retail landlords are considering addressing the problem with housing.

At Lakeside, Intu is set to demolish a House of Fraser store (the site of the wrecking ball there will be quite a symbol of change) and on its site create 1,000 homes, almost certain-ly for the Build To Rent sector.

This is likely to be the start of things to come, for Intu and others like them. Martin Roberts, Intu’s chief executive, said as much on Wednesday.

Of course, he had to placate investors whose money has been disappearing before their eyes, but he hinted at change when he commented: “The right store in the right location still plays a vital role in retailers' multichannel strategies and we are starting to work with them as partners sharing the risks and rewards.”

“Our centres will also transform as we turn them into thriving communities - places where people want to live, work and have fun, as well as shop. Change will not happen overnight, but I am confident we have the right plan in place and an energised, dynamic team to deliver it.”

In other words, in a decade shopping centres may be ‘shopping villages’ or ‘mall towns’ - and in the process, they may provide an ideal opportunity for substantial new housing.

So this is the big story that we all missed.

It’s by necessity rather than long-term planning, but either way online shopping is indirectly providing us with locations and land on which to build new homes, and with perhaps fewer of the NIMBY arguments that have frustrated developers in the past.

If every cloud has a silver lining, this could be the one for retail centres - and for the residential industry too.