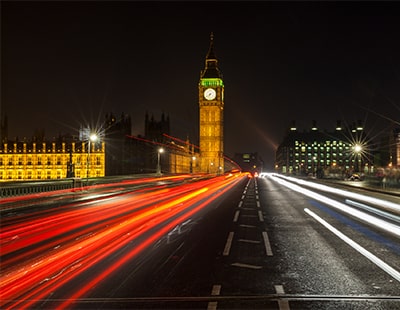 With Boris Johnson winning the Conservative leadership election and becoming Prime Minister, he has spent his first few days in office assembling a new Cabinet, resulting in a mass ministerial makeover.

Robert Jenrick replaces James Brokenshire in the top job as the Secretary for Housing, Communities and Local Government, with Brokenshire heading to the backbenches.

Meanwhile, Kit Malthouse has been replaced by Esther McVey as the Minister of State for Housing and Planning. Malthouse – who was briefly in the Conservative leadership race – has been moved over to the Home Office.

The junior Under-Secretary role, previously held by Heather Wheeler – who has moved to the Foreign Office – has been filled by Luke Hall, MP for Thornbury and Yate.

The industry is aware that the role of Housing Minister has been somewhat of a revolving door in recent years – McVey is the 18th politician to take the role since 1997.

That said, some progress was made in January 2018 when the Secretary of State for Housing, Communities and Local Government was created. This change gave housing some representation in the Cabinet for the first time.

At this crucial time for our industry and with the outcome of Brexit still undecided, there are many things for the three new ministers to consider.

Continue to engage with the industry

Following a period of change – particularly for the lettings industry, the new ministers should consider following their predecessors and engage with property professionals. With more change planned for the future, politicians working with the industry should help ensure any new legislation is fit for purpose.

A good example is the recently-announced Regulation of Property Agents (RoPA) proposals. The working group had input from several industry players, including ARLA Propertymark, NAEA Propertymark and RICS. Its chair, Lord Richard Best, also has vast experience in the property sector.

This exercise in consultation paired with industry experience has led to a set of proposals which – despite some questions – have been largely welcomed by the industry.

New housing ministers now have another industry body they can call on, the Fair Possessions Coalition (made up of over 15 lettings trade associations). Input from this group could be key in helping to flesh out the proposed removal of Section 21 from the Housing Act 1988.

Push through new legislation with clarity

An upcoming task for the new ministers will be to ensure legislation can be effectively enforced. The scrapping of Section 21 and RoPA will likely be the main priorities, but a range of other matters remain outstanding, particularly in the lettings sector.

These include the introduction of mandatory electrical checks in rented properties, the overhaul of the Housing Health and Safety Rating System (HHSRS) and the idea of introducing rent passports for tenants, to name just three.

For these future policies to have the desired effect and improve the industry, these changes should be implemented efficiently and consider all stakeholders. The industry’s future direction will depend on how the industry responds to regulation and professionalisation.

The reaction should be positive from the lettings sector, as public and media perceptions of a professionalised sector should improve and the number of rogue operators should decrease.

The majority of housing talk since Boris Johnson’s appointment has centred on stamp duty and whether he will shake up the system to kickstart the property market.

So far, most of the conversation has revolved around the owner-occupier market. However, the buy-to-let market could benefit from a tax cut and this is something the new ministers, alongside the Prime Minister, might want to consider.

As I've said previously, cuts to buy-to-let mortgage interest tax relief under Section 24 and the 3% stamp duty surcharge on additional homes appear to have stalled the lettings market.

Tax changes that provide a boost to landlords could help re-energise the market and make sure the supply of rental homes can meet rising demand at an affordable level for tenants, while still providing landlords with the opportunity to earn solid returns on their investment.