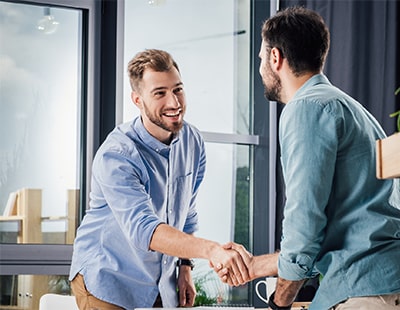 Reservation Agreements are the subject of the moment in the agency industry.

The Ministry of Housing, Communities and Local Government is to pilot them in a fairly low-key fashion in the new year, while several estate agencies have come out in favour.

One industry supplier, of course, has been advocating a version of them for some time - that’s Gazeal, set up in 2015 by a group of solicitors, who wanted their produce to provide a lock-out agreement aimed at preventing fall-throughs.

Its business model applies to England and Wales and works like this.

Gazeal offers a legal pack of searches, contract and basic paperwork completed online by the vendor. This is offered to vetted buyers who can then make an informed offer and nominate a conveyancer. At this stage parties can then enter a legally binding Reservation Agreement, subject only to the buyer’s lender’s valuation and confirmation of good title.

So Gazeal offers a form of Reservation Agreement and up-front seller’s pack, although not quite in the form the government has spoken of in broad terms over recent months.

Even so, the company is represented on the industry wide Home Buying and Selling Group, which in turn feeds research and opinions into the MHCLG - so this is a seat at the top table in terms of reforming the house buying process.

I caught up with Gazeal’s founder and chief exec Duncan Samuel, a solicitor, and its relatively new recruit Bryan Mansell, who’s worked at Foxtons, Countrywide and Your Move and who nicknames himself the ‘chief uncomplicating officer’ for Gazeal and its dealings with agents.

What do they think of the agency industry’s response to Reservation Agreements in principle?

“All agents, whether they’re Countrywide or Purplebricks, have one key issue these days - cash flow. An element of that is how much they spend on sales progression, and it’s pretty much always disproportionate to the revenue it brings in” explains Mansell, who links this to the need for certainty in a deal - and therefore the need to cut fall-throughs.

Agents are more receptive to up-front information and non-returnable deposits now than they were, say, a decade or more ago when Home Information Packs were introduced.

“Yes, there’s definitely a mood of wanting to do something” says Samuel “and agents have been trying Reservation Agreements in auctions and new homes. They’re a bit nervous of using them elsewhere but I wouldn’t say there’s any significant resistance.”

That change of heart, he says, is down to consumer demand for transparency, much more advanced technology now than a decade or more ago, and one other factor - “agents are paralysed with fear over CPRs.”

But while the MHCLG has majored, to some extent at least, on Reservation Agreements in isolation, the Gazeal team sees them as inseparable from up-front information packs.

Samuel says: “You want as much legal certainty as possible, and if you provide the buyer with the maximum amount of information it engenders trust in the process. And buying a home may be an emotional exercise but when the public buy anything they want the logic - the hard information - to support the emotional agreement too.”

And Mansell adds that upfront information addresses not only the buyer’s needs but the agent’s requirements too.

“The first two or three weeks of a deal is the most critical, yet under the current system at the moment it’s when relatively little work goes on, except communications between parties establishing who knows what about the property and so on. Having all this information up front cuts out that delay and early uncertainty” he insists.

Gazeal has sympathy with the MHCLG’s balancing act over how Reservation Agreements would operate, accepting that asking for too big a deposit could put people off buying completely while too small a sum would not effectively deter parties from walking away.

“I don’t believe that £500 or £1,000 [two figures suggested by MHCLG] would do it. And who looks after the money in the meantime? That’s not yet been discussed” says Mansell.

His company insists that while the government’s trials in the first quarter of 2020 will be valuable, Gazeal itself has already done its trial in the real marketplace with several hundreds of participants.

It’s tweaked and responded to requirements (for example, it gives 30 days extensions if a buyer has a provable problem such as difficulty in securing a mortgage) and it says that estate agents have a high level of control over the process.

In other words, Gazeal has, of course, got a commercial vested interest; on the other hand, it’s been well ahead of the game when it comes to introducing Reservation Agreements and its team are worth listening to in the debate over reforming house buying.

What is most interesting, perhaps, is that Gazeal has helped move the debate on. So it seems no longer the case that agents or conveyancers are saying ‘should there be Reservation Agreements?’ but are instead asking ‘What sort?’

Reform may be happening without our even noticing…

It's time for agents and politicians to get behind Reservation Agreements trial ...

Now we’re well into the second month of the year, we...