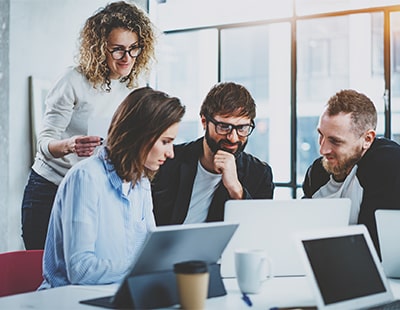 News broke last weekend of a further online estate agency casualty as letting agent Upad announced on its website that it would be closing with immediate effect.

With typical gusto, the property industry commentariat sprung into action with gleeful assertions around failure; non-sustainability; online agency unit economics; sector debt and so on.

The assumption immediately cemented was that this was ‘another predictable online estate agency failure’.

Moreover, the schadenfreude from many, especially the anonymous commentators on the forums, smacked of relief – relief that if online has failed then the more traditional parts of the industry can rest back upon their established laurels and become complacent once again. Big mistake.

Anyhow, this article is not about attitudes. It’s about people. The people that are at the helm of businesses small and large, digital or traditional, VC-funded or proudly ‘unfunded’ - as I see more and more estate agency contributors herald as the proper way to go about building a business.

Yet, Upad is an example of something that we all should take note of and the reason for this has nothing to do with any of those aforementioned categories or statuses.

James Davis founded Upad in 2007. He has run the business for 12 years and I have got to know him well over that time. In fact, we’ve shared plane journeys together and, ironically, we’ve groomed unicorns together (hold that thought for a few minutes and I’ll reveal all at the end).

James is a nice bloke. Honest, diligent, passionate about his business and the sector – and hardworking. But as it turns out, probably too hardworking in that last year, James discovered that he had a heart problem, one that could have killed him if it had not been discovered as it was by accident as a consequence of a minor skiing accident.

In short, James’s blood pressure was more pressure-cooker than might be considered normal or safe. His condition had caused such but his lifestyle of constantly working, never switching off, being away on holiday but not really being on holiday; rushing, stressing, pondering, fretting… had also no doubt contributed.

I won’t sugar coat this. James was ill and his approach to being the founder and CEO of a growth business with certain super-sized expectations from shareholders and board members, not least the pressure that he was putting on himself too, was going to kill him.

And just as tragically, the memories that his three children would have of their dad would be one of him constantly attached to his phone and his laptop, too busy to play with them.

The further irony is that most of us that have been in this situation are ‘doing it for our families’.

I suspect that none of our loved ones would particularly relish a hardworking, successful parent, wife or husband but that was suddenly no longer around.

Being a founder seems to be the new astronaut or train driver. It’s exciting. It’s fulfilling. It’s lucrative. It’s fame-inducing.

I often speak to people that just want to be a founder. Some of them have no idea what their business will even be and some haven’t even had their epiphany idea as yet.

But they want to be a founder – a Zuckerberg, a Musk, a Gates, a Jobs or a Branson, regardless. It’s a kind of X Factor for entrepreneurs in that it all looks so glamorous and so easy with a high chance of big rewards.

Except, being an entrepreneur is hard. Worse than hard, it’s exhausting, distracting, consuming, thankless, lonely, anxious, vulnerable, scary and, often, ends in nothing. Think Steve Brookstein and you’ll understand what I mean. Who, you say? Exactly.

Most businesses fail. Yes, most (albeit not all so publicly as James’s or indeed mine).

Being an entrepreneur kills relationships. It courts humiliation. It ruins self-confidence. Starting a business is not just about being bold and brave, or smart, or even ultimately lucky. Because it can and probably will chew you up and spit you out.

From the side-lines, those that have not walked in the shoes of those that have jumped into the snake pit that is being a founder, find it easy to criticise, belittle, snipe, poke fun and to make presumptions.

However, I think Theodore Roosevelt put it best when he said:

“It Is not the critic who counts; not the man who points out how the strong man stumbles, or where the doer of deeds could have done better.”

“The credit belongs to the man who is actually in the arena, whose face is marred by dust and sweat and blood; who strives valiantly; who errs, who comes short again and again, because there is no effort without error and shortcoming; but who does actually strive to do the deeds, who knows great enthusiasms, the great devotions, who spends himself in a worthy cause, who at the best knows in the end the triumph of high achievement, and who at the worst, if he fails, at least he fails while daring greatly, so that his place shall never be with those cold and timid souls who neither know victory nor defeat’.”

Our best wishes and our heartfelt empathy should be targeted toward James as well as our admiration.

And, as for those snipers that hide behind the twitching curtain of anonymity and whom are barricaded behind their corporate desks these last few years with their heads ducked firmly below the parapet of risk, you have no right to caustic comment on the failures of others. No right at all.

Until, that is, you have truly earned that right.

On a lighter note, though, here’s James Davis and I collaborating over our plans for unicorn status…oh well. 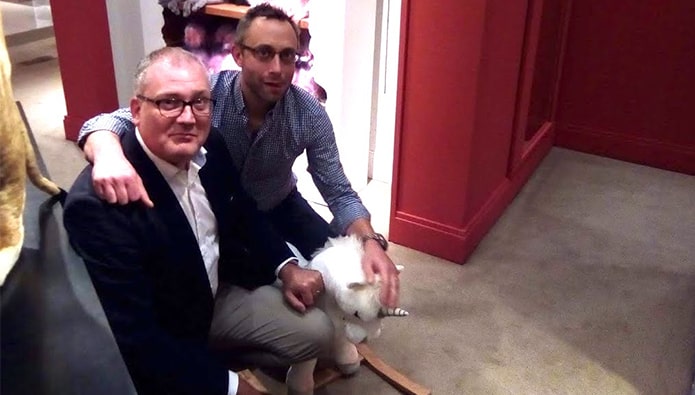 Community-based letting agencies have a future in physical form ...

The phrase ‘death of the high street’ can be found in...

How can estate agents build their online reputation? ...

When it comes to building online reputation, Google is king. It is...

Is innovation the key to thriving in the property sector? ...

It’s a testing time for the property industry, amid Brexit fears,...