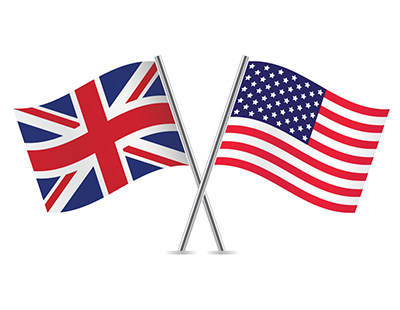 A recent holiday in the US gave me an opportunity to catch up with property news over there - and surprisingly, some familiar themes are at the top of the agenda Stateside.

Their agency system and ours are very different but two particular developments caught my eye.

Firstly, the website behind the US ‘For Sale By Owner’ phenomenon has just been purchased by...wait for it...an estate agency.

In-House Realty, an estate agency owned by the huge US mortgage company Quicken Loans, snapped up ForSaleByOwner.com for $2.5m (£1.89m). The FSBO site claims three million monthly users but posted a net loss of $149,000 over the first quarter of 2018.

By way of context the National Association of Realtors (the US equivalent of NAEA Propertymark, only much more powerful and with a well-respected research division) says FSBO deals accounted for eight per cent of home sales in 2016. The typical FSBO home sold for $190,000 compared to $249,000 for agent-assisted home sales.

Of course buying a website for $2.5m is small fry by US standards (and indeed compared to sums discussed by Emoov/Tepilo, Purplebricks and ZPG over here in the UK). But the interesting point is that In-House Realty operates a referral network system that provides leads to its register of 25,000 estate agents.

Now it has told the US property service Inman that it sees ‘a natural synergy’ between ForSaleByOwner.com and its agent network.

“Many start the selling process on their own and many are successful at it, but then there are others that don’t want to go through everything there is and they will oftentimes look to a professional real estate agent to help them out,” In-House Realty says.

And because I-HR is owned by a mortgage lender, there’s additional possible added-value. “People that are selling a house are often going to be buying another home. They’re going to need mortgages. People that are buying the homes need mortgages, they all need title insurance and if they need agents we can help them there too.”

More than one US realtor said to me, in relation to the growth of online estate agents in the UK, that a similar link-up could happen here - an online agency buying or partnering with a traditional agency to allow customers to migrate from one to the other.

Maybe Countrywide’s ‘multi-channel’ experiment showed that couldn’t work - or perhaps Countrywide just went about it in a clunky fashion. Certainly the In-House Realty purchase has shown that sharp traditional operators can try out rival business models this way.

However, the wording used by the new portal rang a bell when I reflected on the original aims of the mutual OnTheMarket in the UK.

For readers unfamiliar with the US, its portal landscape has similarities to ours with heavy dominance by two names, Zillow and Redfin.

The new US portal is called Private View and operates only in the west coast patch served by Californian agency Pacific Union International.

It will list properties in southern California for now, expanding to cover the north of the state in the late summer. There’s no word on expansion outside that area but realtors I spoke with in Seattle and Indianapolis hoped it might take on the ‘big two’ in years to come.

It will emulate the system of so-called early-bird properties operated over here by OTM: that is, listing initially only on that portal before appearing elsewhere.

That wasn’t the only similarity. A statement to Inman by the new portal said: “How do we get away from Zillow and get our market back? We can use our critical mass to make that move and do it in a way that honors everybody.”

Who knows if it will succeed even in its own limited state ambitions, but if it does expand will it stay ‘agent-friendly’ or - as may be the case with OTM now that it has to answer to shareholders rather than agents - will it simply become ‘another portal’ playing by the same rules as the dominant duo?

Other trends I spotted in the US included much more use of PropTech than before (although still a lot less than typically used by agents here in the UK), and a growing belief that Facebook and similar players - vastly bigger even than current portals - will someday soon be a dominant force in the listing of homes for sale and to rent.

The eagle-eyed will have spotted one thing missing...no mention of online agents in the US. Well, they’re emerging but in areas without Purplebricks (and that’s the vast majority of the US market) they are not yet the biggest worry for traditional agents.

At least that’s one major difference between the US and the UK...although whether that puts American realtors in a better or worse place than their counterparts over here, is down to whether one views online agents as good or bad. But that’s a debate for another time...

A breath of fresh Airbnb ...

Two interesting developments in the past week have shown how established...