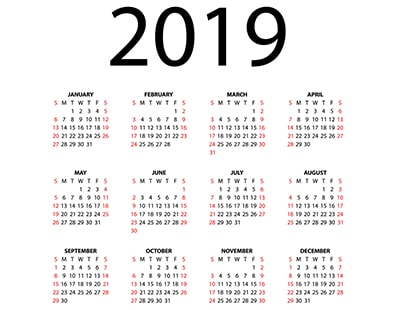 These are less predictions and more expectations - developments following on from what’s happened in the past 12 months.

With a muted market bogged down by Brexit bedlam and an industry with tight margins, I’m expecting evolution not revolution to be the clarion call in 2019, so many of these ini-tiatives are at least a little familiar…

So, as we recover from those festive hangovers, this is what’s in store (maybe):

1. Brexit makes forecasts meaningless: I’ve been writing about residential property full-time for 20 years and business issues for…well, a long time before that.

The big posh agencies with large research teams have always tried to forecast price rises to two decimal places. It’s foolhardy at the best of times but this year it’s certifiably crazy.

Brexit is the big unknown so please…pay no attention to over-specific claims about price rises.

2. The hub club will get new members: The modern trend is to close three or four agen-cy offices and open one larger central unit, brand it a ‘hub’ and describe the move as innovative.

Perhaps it is, but expect to see more agencies shutting traditional offices in 2019 if the market fails to pick up significantly. These agents won’t be going down the online route, just operating with larger patches in a bid to cut overheads. Sensible…

3. Online consolidation…and focusing more on lettings: I won’t win a prize for predicting that there will be fewer online agencies by the end of 2019 than at the beginning, as the lessons from Emoov’s story of excess are taken on board.

Most online agents have hitherto concentrated on sales, but this will change a little. Expect them to swing over to lettings where they can win more repeat business, where there’s a higher churn and where income will be more frequent and regular than on the sales side.

4. Portals, portals, portals - but marketing is key: We’ve seen Propertyheads have a rocky start in 2018, PropertyMutual relaunch itself at year-end, and Rummage4 recruit a City heavyweight ahead of a 2019 debut. There will also be at least two other new portal launches early in 2019.

A bid by a handful of agents to boycott Rightmove in December came to nothing and so long as it’s RM and Z in the public’s mind, they will be the ones agents feel they have to pay to be on.

OTM might get alongside if marketing spend increases. The others? They’ll get agents, but will the public know about them?

5. Few agents will be mortally damaged by the lettings fee ban: It will hurt almost all lettings agents and a very few may go to the wall. It will also remain an affront - why should agents absorb genuine costs?

But as government initiatives go, this one has had a v-e-r-y l-o-n-g lead in time: the ban was announced in December 2016 and will be in force 29 months later, so if agents haven’t had time to readjust…who are they kidding?

6. Agency reform will be a ‘big thing’ after the summer: The little-known Regulation of Property Agents Working Party is charged with reporting before MPs knock off for summer 2019.

It will recommend how agents must be trained and qualified in future. By summer, the government and public will have Type A Brexit Fatigue: MPs will be keen to adopt a populist cause to curry favour with a deeply disillusioned electorate so will seize on agency reform and run with it. This will be the industry story of autumn 2019.