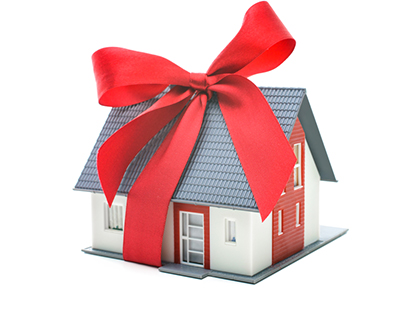 If we responded to all of them, we’d have to sell a lot of extra houses every year to cover the cost but a recent request from two 14 year-olds from a local school, one of the most in-demand on my patch, got me interested.

They are off to Kenya next summer and – which will please their parents this year – they are spending their summer break planning events and working hard to raise cash.

They are holding a quiz night, so a reward of a couple of welcome hampers for the raffle seemed like a good idea. After all, everyone likes tea and biscuits, two of the major ingredients.

But these two stood out because they seemed to have a thoughtful approach.

The trouble is that a quick cash donation is over and done and, anyway, we already give a donation to Macmillan for every property we take on.

I needed something that would work for them and for me, so I’ve come up with the idea of selling a house for free!

I’ve suggested they ask for sealed bids, with the best bid winning the prize of a house being sold with no fee for the vendor other than the donation.

Whoever wins the bidding has six months to get their house on the market and it can’t be one we already have.

What’s in it for me? It’s the question you always have to ask yourself and the answer is that I get to place my agency and business profile in front of hundreds of parents in a prime area for north Portsmouth properties with the real chance they will actually read about us rather than chuck the paper in the bin, as they might with a normal circular.

The amount of effort involved initially is not huge and the cost could be potentially around £3,000 for the lost fee, but a leafleting campaign sent home to every parent would probably cost quite a bit of that, as would using my boards to advertise an event, and wouldn’t have the kudos of supporting the pupils.

In addition, we’ll have the opportunity for stories in local media over the next 12 months as the fundraising progresses and, hopefully, the winning bidder gets a house sold.

It will be interesting to see how it all pans out. It’s not an idea that can be used too often because it loses novelty value, but I’ll let you know how it goes.