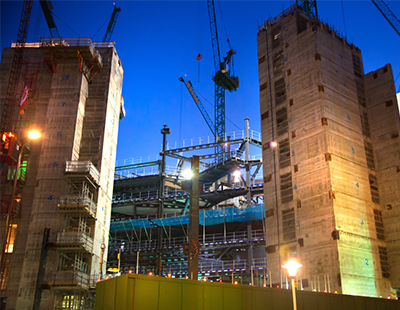 Some of this week’s headlines - ‘Firms must list foreign workers’ and ‘NHS to no longer rely on foreign doctors’ - should be worrying for the property industry.

The worry isn’t about the measures themselves, which may possibly owe more to politicians trying to please a baying conference hall than to what happens in reality.

No – the worry is that the mood music created by our politicians’ increasingly shrill tone over immigration and ‘Britishness’ might cause genuine problems for our business.

The need to welcome, not deter, overseas interest in Britain was brought home to me on holiday in Singapore and Hong Kong, locations which combine multi-national populations with strong work ethics. In the HK Mandarin Oriental hotel on one weekend there were three property roadshows by agencies selling homes in the UK – so naturally, I popped in.

The agents were CBRE, Colliers and Knight Frank but the schemes did not fulfil the usual expectations about developments seeking Far East investors – one was at Colliers Wood, another in Staines (cutely called ‘Staines on Thames’ by Knight Frank), the other near Wimbledon. Prices ranged from a fairly low £335,000 to £745,000 – hardly prime London.

Now the negative way of looking at this – and I’m tempted to say it’s how the probe into foreign buyers by the team of London mayor Sadiq Khan might see it – is to say hugely wealthy Far East investors in Hong Kong will be buying relatively low cost homes which would otherwise be purchased by deserving (code for British) first time buyers.

Of course, that’s possibly true. And it’s undeniable that many foreign investors, in London in particular, treat their purchases as assets not homes. We’re all familiar with the Buy To Leave problem, and it rightly makes for uncomfortable reading for the property industry.

However, there are three other ways of looking at those Hong Kong investors.

Firstly, their up-front purchases of off-plan units in those schemes may actually be the deciding factor in the developments even going ahead: without early-phase purchases to give confidence units will sell, they may not be built, for first time buyers or anyone else.

Secondly, the apparent glut of overseas buyers in pockets of the south east is unhelpful when there is a housing shortage but it’s frankly a price we pay for living in a free world: the other side of the same coin is that Britons buy holiday homes in Spain and Florida.

Thirdly – and by far the most important reason – is that if there were sufficient homes built for all tenures and for all types of buyer, we wouldn’t have to get worked up about people from overseas buying, frankly, a very small proportion of properties on the market. Will Ukip, and wannabe-Ukippers in the Conservative and Labour parties, therefore advocate a tiny proportion of the Green Belt be given for housing? No, I thought not.

And just like the inconvenient truth that some developments may not be built without up-front foreign purchases, so house building may suffer without foreign labour.

But there is a reason why the government has not articulated the same argument about attracting more Britons to many of the building industry’s crafts, let alone to what some people call the ‘rubbish’ jobs like – well, collecting rubbish. That is because, whether we like it or not, Britons have in recent decades relied on foreign labour serving this sector.

Economic consultancy CEBR says 4.7 per cent of the UK’s construction work force was born in another EU country; almost as many were born outside the UK and the EU.

With a skills shortage already, the mood music of recent weeks may lead to the public demanding fewer overseas workers in the building trade – if that happened, it’s another inconvenient truth that it would worsen the industry’s ability to deliver new homes. Across all industries, the Office for National Statistics reports that there are 3.45m non-Britons working in this country, yet only 1.63m unemployed so the figures don’t match the rhetoric.

I guess many of the shrill voices who ‘want our country back’ spend time watching Netflix, enjoy a glass of wine, drive Volkswagens and chomp imported food served by well spoken east European waiting staff, without realising they’re directly benefitting from globalisation.

Likewise, the building of our homes relies on ‘foreigners’. Ask the house building firms. Let’s not throw that away in a spasm of faux-patriotism, when what we really should demand is the building of many more houses and apartments, pure and simple.

Look what Labour’s Owen Smith has done to me ...

Older readers may recall a terrific movie called Network where a...

Inventing the web needed vision; isn’t it the same for development? ...

This week, 25 years ago the world's first website went live...