By Ian Lange
< Back 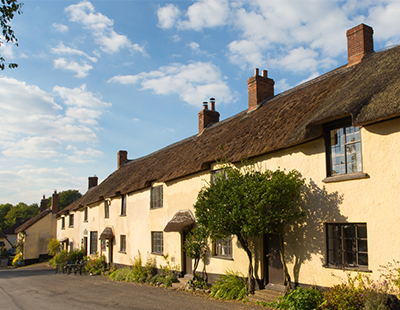 I started work in 1966 in Exeter with Fox & Sons then moved to a local company in Honiton soon after.

I’ve been working in the town almost continually ever since and have first-rate experience in the East Devon property market, having sold everything from small terraced cottages and farmhouses to 40 roomed country mansions.

Some properties I have sold many times over in the 50 years.

When I started in the property industry, old Rectories were valued at £12,500 and now they can be priced at £1.5 million or more.

I have seen many other changes in the style of fixtures: gone are the avocado bathroom suites and Hygena kitchens, which were regarded as ‘top end’ in the 60’s & 70’s.  The latter have been replaced by truly luxurious kitchens costing as much as £60,000, with every modern amenity and gadget known to man. The only kitchen appliance that has remained popular and hasn’t really changed is the everlasting AGA!

The number of bathrooms has gone from an average of one (in the early days, I sold many houses that didn’t have a bathroom at all) to two and today many bedrooms are en-suite.

The buyer demographic has changed too.  Back in the 60’s, buyers in the East Devon market were usually local but today about 60 per cent of the property we sell at Humberts Honiton are to buyers who usually come from London and the Home Counties.

Personal wealth has increased dramatically too. It is not unusual for a buyer to spend a million or more on a second home.

Having said that, most buyers come here to live – after all, here in East Devon we are so fortunate to live in such a beautiful area most of which is designated an Area of Outstanding Beauty.

And of course the way we communicate with our clients has changed, in some ways, quite dramatically.

I was looking through old press cuttings the other day and found an article in the FT, dated July 1999, in which I had been quoted about the new innovation of the internet and emails.

“‘Ian Lange of Humberts says 'I must admit that when we started off I was a bit sceptical. We only had one or two e-mails a week. Then there was a huge boost after Christmas. Now we are getting a good dozen a day'".

Today I maintain that while technology has enhanced the way we can communicate with our clients, there is still no match for old fashioned face-to-face or telephone contact. Our vendors and buyers still value that hugely.

It has been a fascinating journey and I often wonder where the time has gone. I have met so many wonderful people, sold some stunning properties and have some great – sometimes sad, sometimes funny – stories to tell.  Here is a week’s worth:

My morning started with a market appraisal of a lovely old farmhouse for an elderly clergyman and his wife. After being shown around by the clergyman we sat down to discuss the property and its value and saleability. His wife was nowhere to be seen so I suggested that I should look for her whilst he stayed where he was.

Upon venturing into the garden I was shocked and surprised to find the lady emerging from the pond, soaking wet from head to toe and covered in weeds exclaiming ‘I slipped whilst feeding the fish’.

Fortunately, the only thing that was hurt was her dignity.

Today contracts were exchanged and completed on a property near Sidmouth. It is not often that these two events happen simultaneously and such a sale needs fine tuning by the solicitors and agents as well as nerves of steel for all concerned.

Last week we had a completion where the buyer turned up at the property with the removal van only to find that the seller hadn’t started to pack up, exclaiming they weren’t ‘’moving out until tomorrow’’.

The buyers and removal men had to stay in a hotel that night, at the expense of the vendor. Fortunately, this is a very rare event.

A rather eccentric vendor invited me around to put her large Victorian house on the market. When in the kitchen, I noticed a big saucepan on the Aga and remarked that ‘something smells nice’.  ‘It’s hare’ she said.  ‘Have you ever tried hare?’  ‘No’ I replied, at which point she delved into the pan with a fork and thrust a chunk of hare into my mouth.

‘What do you think?’ I mumbled something, my mouth full, only to be told ‘I think you’re right, it’s off, I’ll feed it to the dogs!’

A few years ago I carried out a valuation on a delightful period cottage in the Blackdown Hills. The owner made it clear that the only way she was leaving the property was ‘in a box’. However, she needed an idea of her cottages value for her family and will.

She did say that she would write into the will that when she passed on we would get the property to sell. Sadly I put it on the market today.

Today we had a meeting about a beautiful cottage we are selling and had to meet the buyer (a titled lady) and her solicitor on site. The subject matter was lightened considerably by the titled lady’s constant Freudian slip by referring throughout the meeting to the vendor of the property as ‘Mr Cox’ when actually the vendors name was Mr Dicks.

Neither I nor the solicitor dared to correct her – I just couldn’t pluck up the courage to say ‘Sorry lady ‘P’, it’s not Cox, it's Dicks!’

Great relationships are at the heart of a premium customer service ...

Over the past year I've had so many conversations with agents...