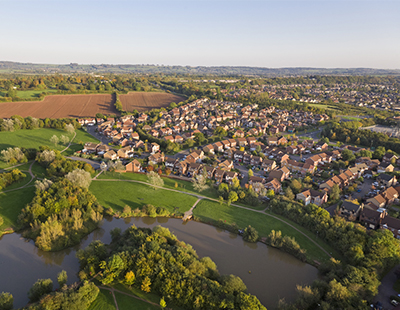 Surely people will start moving again soon. The employment rate for the last quarter of 2015 is likely to be the highest since records began, while unemployment is at its lowest level since the 2008 financial crisis.

However, with prices at record high in many areas and few signs of an increase in supply, where will those needing more, or perhaps less, space go?

Logic suggests that the accessible suburbs and market towns will feel the pressure.

Despite rising employment levels and real wages, there is a posse of professionals struggling to maintain a middle-class lifestyle while keep up the pretence of being one the of the urban cool. Something has to give, and so the long standing trend for migration to the suburbs continues.

The new suburban-incomers want the same things that many of the rest of us wanted when we relinquished a desirable postcode, more space, a few trees and good schools. ‘Who’d have thought it’ as my Dad, rather annoyingly, put it at the time.

From a marketing point of view this suggests same old, same old. The new comers may prefer to differentiate themselves with incumbent suburbanites, even if they grew up in said place, but in reality they (we) are all the same.

However, I wonder if perhaps it is not quite ‘same old’. Housing affordability in London in particular, but also in many of our other wonderful city centres, is at its worst ever.

More significantly though, the work environment is changing, including the rise in self-employment and flexible working, including finance, IT and creative businesses.

Given this, perhaps there is an argument that historic suburban migration assumptions may need to be revisited.

Despite working in high-skilled professions, and quite possibly making a very good living, the self-employed are likely to be more financially pressed; mortgages remain a challenge for the entrepreneurially inclined. The accessible suburbs with the hint of an edge, will inevitably rise in the quest for more for less.

However, it is important not to jump to conclusions. We are probably not talking about an army of bearded, satchel clad men infiltrating the ‘burbs. But, the change in the employment market may disrupt the assumed model of ‘moving out’.

The self-employed may not need to be ‘in town’ every day, perhaps hardly at all, or they may need to be at different work sites, including internationally.

They will also need workspace, whether in the home or locally. The shortage of small floorplate office space is noted by many local authorities and agents [a situation not helped by office to residential conversion under permitted development rights but that is another topic altogether].

High speed broadband will be a must and it is staggering how variable the coverage can be even within a stone’s throw of major cities.

Unlike the long history of ‘mover-outers’ before them, this group is likely to be working, at least some of the time local to their home. They may be more invested in their adoptive town.

More detailed research for a project I have underway on this subject, found a number of agents of said suburbs and market towns remarking that ‘mover-outers’ over the last couple of years appear less enamoured with the rural idyll and are looking for properties in walking distance of the town centre and the station.

It also has implications on the marketing front, whether in the rental or sales market. Perhaps the commute time into London or other major city will not be foremost in the mind. The growth in self-employment and flexible working in growth industries will be reflected in housing demand.

Who are these people, what are they looking for and how do they search? If a bearded sockless man carrying a satchel springs to mind then we perhaps need to think a little more about market research.