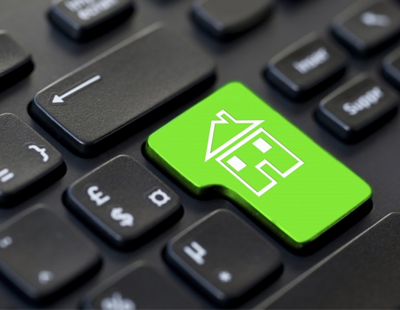 There has long been the assumption and contention in the industry that portals are expensive. This, however, is not the case.

Along with other agents my agency has been forced to pull out of advertising in the local papers because they have become so weak they are no longer effective.

We find our combined spend on Rightmove and Zoopla is nowhere near what we used to spend advertising in print. I can't believe we are alone in this situation?

Advertising on the portals has proved to be more cost effective than print. I therefore seriously question what the fuss on costs is about.

The answer I keep coming back to is power, it's all about power. I, for one, am happier dealing with the free market than an industry owned portal that supposedly has my interests at heart but is in reality controlled by my most powerful competitors.

Agents' Mutual was set up to disrupt the portal market and weaken the duopoly of Rightmove and Zoopla. The strategy adopted by Agents' Mutual has been to target Zoopla, in order to first take the number two portal position. Members, therefore, have been encouraged to choose Rightmove as their 'one other portal'. The plan, once Zoopla has been dispatched, is to take aim at Rightmove themselves.

At the end of the day, all that matters is audience size, not words or promises. Portals are a marketing channel and come out of an agent's marketing budget (they are also very useful sources of data and other things but that is a bonus).

No agent would advertise in a newspaper or on a TV channel with a tiny audience in favour of another newspaper or TV channel with an audience 10 times the size for the same cost unless there was a very powerful reason and a very clear objective. If it became clear that the objective was unachievable then it would be common sense to abandon the plan and think again.

Ian Springett has repeatedly said that OTM will be #2 by January 2016 – he has to say that as his job is a sales one to the industry – but clearly he is miles short as OTM's traffic/audience is less than 10% of ZPG's and around 5% of Rightmove's. Recent stats from marketing company Hitwise even indicated that OTM has yet to reach 50% of PrimeLocation’s traffic on any single day since launch.

Springett has dismissed the Hitwise stats as inaccurate and instead released Google Analytics numbers but these simply serve to reinforce the Hitwise data which show OTM with about 4m visits per month in June versus about 45 million for ZPG.

It's worthwhile taking a look at the analyst commentary about OTM's impact on Rightmove. Below are some selected quotes which confirm that Rightmove has been strengthened by OTM.

UBS, Mark Fielding: “In our view, the launch of new entrant OnTheMarket at the start of 2015 had actually strengthened Rightmove's position, with our data indicating agent growth in recent months. This view has been supported by a strong H1 with agents +1% since the start of the year despite the OTM launch and ARPA continuing a strong positive progression, +10% YoY.”

Canaccord Genuity, Robin Savage: “OnTheMarket is having a positive effect on Rightmove; the majority of agents deciding to leave either Rightmove or Zoopla remain loyal to Rightmove, thus cementing its position as the preferred portal.”

Numis, Gareth Davies: “A strong set of H1 numbers came in ahead of our expectations. Revenues grew an impressive +16%, with operating profit and underlying EPS coming in comfortably ahead of our estimates. Rightmove's market position has continued to strengthen through the period.”

Barclays, Andrew Ross: “OnTheMarket traffic is minimal and was down in June vs previous months.”

Agents need to remember that the cost of advertising on portals is often cheaper than more traditional means of advertising. They should bear this in mind when choosing which portals to opt for.

Agents and conveyancers should ditch the screen - here's why ...

For years, the issue of phone etiquette created tension between estate...

Agents - it's time to get clever with property tech ...

Estate agents use property technology each and every day for residential...

There are many myths about using virtual tours to sell or...