Properstar is the portal that connects you with international buyers by choice, not by chance. Properstar is connected with 80 property portals in over 50 countries. For estate agents, especially those in prime locations, the ability to market to international buyers has never been so important. Vendors are thinking more about the global market and seek out estate agencies who can successfully market their properties internationally.” www.properstarpro.com

Why more US investors are looking for UK property 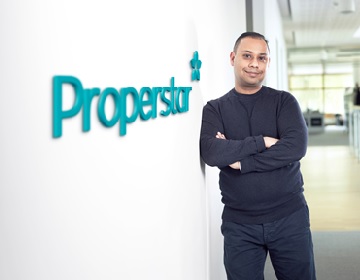 Following the election of Donald Trump, there has been a rise in the number of United States investors searching for property abroad.

That’s according to international property website, Properstar, which says the presidential election has had a similar effect to Brexit in providing a political shake-up that has had impacts on the property market.

Shameem Golamy, Managing Director of Properstar, comments on how US overseas demand has changed since the election.

“Following the election of Donald Trump, we have seen a steady rise in the number of US citizens searching for property abroad. Property searches, on all countries in our network from the US have gone up by 18% over the past 30 days to 12 Jan compared with same period last year.

“Similarly to Brexit, experts predict for the political shakeup to continue to have an impact on the property market. Since the election, the top three destinations for US buyers are Canada (30%), the UK (20%) and Mexico (5%), with most searches originating from California, Florida and New York.

“Our existing customers agree that adjusting the marketing initiative of their UK property to reach out to an international audience now plays an increasingly important part of their sales strategies.”

What are the main reasons for the changes, we asked. “Politics appears to drive many of the search spikes, Brexit, Trump and now the imminent French elections with the possibility of French National Front getting into power,” says Mr Golamy.

“It also seems the UK is doing a pretty good job of getting the message out that it is still open for business post the Brexit announcement. Apple is creating a new HQ at Battersea Power Station, Google has committed to new London offices and just this week Snapchat have announced they are opening their international HQ here.

“There’s a lot to draw workers and families to the UK for what might seem like a better life. With the exchange rate so favourable it might make the gamble slightly easier to take.”

How big a factor is the exchange rate in boosting demand, we wanted to know. Mimzee Brewer, Business Development Consultant of Properstar’s financial partner Halo Financial Ltd says, “Sterling has been immensely volatile in the months since the fateful Brexit vote. Undoubtedly, the fall in the Pound has contributed to increased demand for UK properties from overseas buyers. From its high of $1.50 in June 2016, the Sterling – US Dollar rate has fallen to $1.19 on two occasions. That is its lowest level since 1985. It isn’t often the case that a property or business investment offers a 20% discount or such an improvement in yield in just six months.

“Understandably, those with US Dollars or dollar related funds are in a very healthy position to capitalise on this unexpected windfall and they are doing so in their droves. Those Dollar linked currencies include the Chinese Yuan, many Latin American currencies and a number from the Middle East. The only possible negative is the potential for Britain’s departure from the EU to further disrupt the value of the Pound, reducing the value of the already realised gains.”

Is demand for UK property growing among buyers from other countries? If so, which ones in the main, we asked Mr Golamy.

“Yes. Following the Brexit vote alone, we recorded a 50% spike in searches for property in London and we expect this to be a continuing trend, especially whilst conditions for international buyers look so favourable.

“We have seen an increased buyers interest in UK property from French residents, up 11% compared to this time last year.” 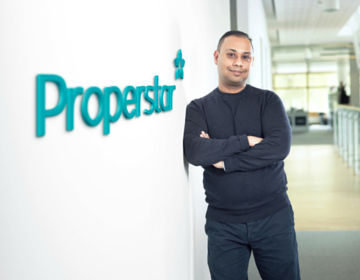