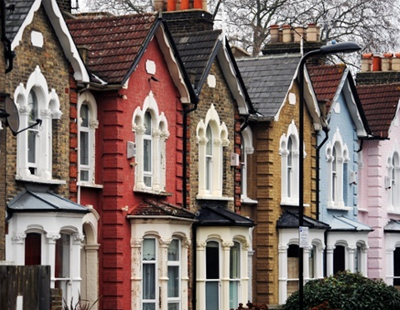 Rightmove has upped its house price forecasts for this year as new stock supply fails to keep up with demand.

The portal had previously predicted annual house price growth of 5% but now, due to volumes struggling to recover fast enough, it expects rises of 7%.

Its latest asking price data for June showed the number of new sellers coming to market is up by 13% compared with this time last year, although available stock is still 40% down on June 2019’s levels.

Buyer demand is up 26% on June 2019’s levels, though down 7% on last year’s frenzied market, Rightmove said.

Sellers, and agents, remain bullish with their pricing.

The average price of property coming to market hit a sixth consecutive record of £369,968 this month, according to Rightmove.

The report also showed that average stock per agent was 47 properties in June, down from 55 in the same month last year but up from 46 in May and 40 at the start of this year.

Time on the market remained flat at 32 days.

Tim Bannister, director of property science for Rightmove, said: “Having more new sellers this month is a win-win for the market, as these sellers will likely achieve good prices for their homes given the sixth asking price record in a row that we’ve now seen, which may help to explain the increase in new stock coming to market over the last year.

“For those looking to buy, it means more choice, and a slight easing in competition against other buyers while the market is still moving very quickly. In the current fast-changing economic climate, those looking to buy who find a suitable home they can afford, may choose to act now rather than wait.

“While more choice is welcome news, the number of homes available remains well below the more normal levels of 2019 and is unable to satisfy the continued high demand that we’re seeing.

“Though a softening in demand is moving the market from a boil to a simmer, it remains 26% up on 2019. With such an imbalance remaining between supply and demand, prices look underpinned, and we would therefore only expect typical smaller seasonal month-on-month falls, rather than more significant price falls in the second half of the year.

“This has led to us revising our annual price growth prediction for the end of the year from 5% growth to 7%, although this would still mark a slowing from the 9.3% seen this month.”

The number of prospective sellers contacting estate agents to have their...

Rightmove – prices down, but more likely due to holidays than rate rise ...

The latest research from Rightmove has revealed that the price of...