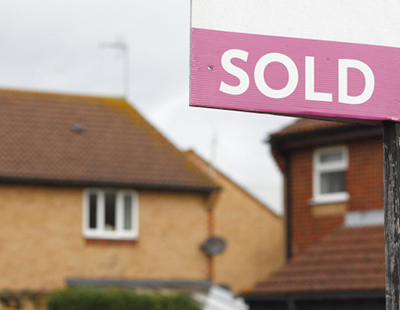 More properties went under offer in June 2022 than during the same month of the stamp duty holiday rush of last year, OnTheMarket data suggests.

Analysis as part of the portal’s latest Property Sentiment Index, found 60% of properties listed on the website were labelled as sold subject to contract (SSTC) last month within 30 days of being advertised.

The figures show that Scotland was the fastest selling region, with 78% of homes SSTC within 30 days of first being listed for sale.

Greater London had the lowest number of properties with just 49% SSTC within 30 days (49%).

Jason Tebb, chief executive of OnTheMarket, said: “The readjustment in the housing market is inevitable as more stock becomes available and this will likely take several months for the effects to be seen.

“Whatever happens, those most serious about transacting will get on and do so. Even during the financial crisis of 2008, where residential transaction numbers halved compared with the previous year, there were still hundreds of thousands of sellers who moved because they had their reasons for doing so.

“While there are different headwinds facing the market now, these are not yet impacting the need or desire of many to move. HMRC reports that transaction numbers have stabilised in recent months but they remain somewhat elevated compared to before the pandemic.

“Of particular interest in June’s data is the 60% of properties in the UK SSTC within 30 days of first being advertised for sale.

“We would not expect this number to be as high as May’s figure as we encounter distractions such as the approaching summer holidays and children breaking up from school.

“But given that the figure was 61% in May, the reduction is extremely slight and it’s surprising how strong it remains. With properties selling as quickly as ever, the data further underlines how the most keen and motivated are getting on with the business of moving.”

The number of transactions progressing to completion is being hit by...

OnTheMarket figures for the first half of this year show stronger...

GDPR Weekly: All you need to know about subject access requests ...

OnTheMarket has issued new shares for agents who have signed new...