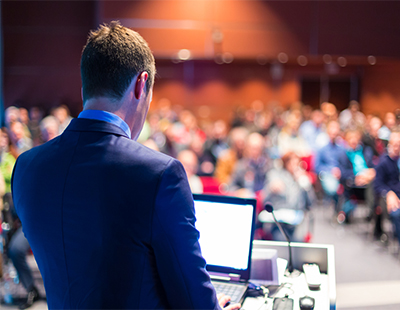 Spicerhaart’s annual conference and awards ceremony returned earlier this month after a three-year hiatus caused by the pandemic.

The company’s two day Elevate Summit, held at the MK Dones Arena in Milton Keynes on 10 and 11 May,  was hosted by TV presenter Louise Minchin.

Among the speakers was Chris Naya, an executive mortgage and protection adviser with Spicerhaart’s Just Mortgages, who scooped one of the top mortgage broker awards.

Chris had been left for dead after being clubbed round the head with a heavy object after a random attack on a night out five years ago.

He was left with a fractured skull in four places and a metal plate in his head. His attacker has never been found.

Everyone was visibly moved as an emotional colleague explained how he found him lying on the ground.

Chris’s wife Jess, via video, told of the terrifying moment when the police knocked at the door to tell her that Chris was lying in hospital.

She shared the horror of his coma and the long recovery that followed. He could not even recognise his children and had to relearn many things including how to walk and talk.

Despite the terrible headaches that still plague him from his head injuries, as well as hearing loss, Chris managed to rebuild his life and his career, supported by his colleagues at Spicerhaart.

He said: “Strive to improve through adversities. Don’t let it break you, let it make you.”

Antony Lark, group managing director at Spicerhaart, said: “We recognise that life is particularly challenging for many people at the moment and wanted our event to be respectful and have a warm, family feel.”

“We therefore invited a number of our own colleagues to share their amazing stories of success, how they’d triumphed over adversity or taken a leap of faith to do something different.

“It meant the event was incredibly emotional and it was so spiriting to see colleagues in the audience willing the guest speakers to do well and supporting them as they told their stories.”

Among the award winners was Lesley Miller, operations manager for the Nexus contact centre.

She received the Special Achievement Award.

Paul Smith, chief executive of Spicerhaart, said: “Our Elevate summit gave us the opportunity to bring our top performers together from across the company and to focus on our new scheme, which focuses on skills, careers and wellbeing.

“It highlights what people can achieve when they are motivated to succeed and gives us an opportunity to incentivise and reward those who do well, whether it was our recent ski trip to Morzine or announcing next year’s trip to Ibiza, or financial rewards for success.

“It’s also about recognising those who continually go above and beyond, such as Lesley Miller.

“It gave us great pride to bring her on stage and for our chairman John Spence to present her with a Special Achievement Award, which she wasn’t expecting, and then announce that she had been promoted to director of Nexus.”

Spicerhaart sets aside £26 million for acquisitions ...

First time buyer registrations have plummeted over the past year and...

A former UK national sales director at Purplebricks has been reunited...