You can tell that spring is in the air as this week's Agents Do Charity is full of outdoor fundraising pursuits as property professionals get active to support worthy causes.

Its land and new homes director James Baker has partnered with his friend Mike Harding, commercial marketing manager at Trinnovo Group, to deliver aid items and to provide transport for refugees. 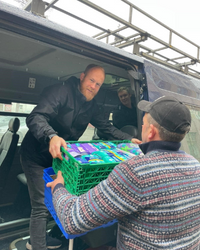 The pair decided to purchase a 16-seater minibus out of their own savings, drive to the Ukrainian-Polish border to deliver essential supplies to the refugees arriving there from cities and towns within Ukraine and bring back visa-approved refugees to the UK.

They intend to do regular trips and are collecting items and fundraising for future trips.

The duo have so far raised more than £7,000, made two 4,000-mile round aid missions, and successfully transported 14 refugees and three pets to awaiting sponsors.

James said: “We’re shocked and horrified by the unfolding conflict in Ukraine.

“So much so that we’ve decided we cannot just sit by and watch this happen, and feel moved to help as best we can.”

Their first journey started on Monday 28th March, when collected two refugee families in Poland and drove them to safe accommodation in the Netherlands.

The group comprised of two mothers with three children as young as nine months old.

The fathers and husbands have remained in Ukraine to fight.

The duo then set off again on Wednesday 20th April after another aid collection, with a mini-bus full of supplies, this time destined for an aid centre within Ukraine itself.

They drove into the city of Lviv where the train station had been the target of rocket attacks a few days earlier and where inhabitants were helping to house fleeing refugees from the eastern parts of the country.

With their consignment unloaded at a secret location outside the city, they met up with a mother and child whose father and husband’s company had turned its efforts to producing body armour for the Ukrainian armed forces.

With these two safely on board, they drove back into Poland, spending the night in Warsaw, where they met four more mother and child pairs, and their three dogs.

Driving through the day on Saturday 23rd April, they arrived in Dusseldorf late at night to break the journey for these exhausted families. They set off again the following morning for Hook of Holland, and the return ferry home.

Unfortunately, and due to the new process for bringing pets into the UK, the government process delayed the group for another two days, until enough pressure could be exerted on the Animal & Plant Health Agency to grant licenses for the dogs in the boys’ care.

The raised funds had long since dwindled by this point, and credit cards were taking the brunt of increased hotel, food and fuel costs.

Mike said: “We want to do these trips as regularly as we can, but obviously there is a cost involved and so we are doing as much fundraising as we can.

“Ever since I raised the idea with James, we have been throwing ourselves into the fundraising effort.”

“People have been so generous with donations of both money and supplies and we feel very humbled by the support we have received, and the gratitude and support shown to us during our aid trips.

“We've been inspired by the bravery of the Ukrainian people since the beginning of this despicable invasion, and moved by their suffering. We want to do something about it, and we hope there are other people out there who will too.

“We’re taking emergency supplies that include tinned, non-perishable or long-life foods, toiletries, baby wipes and nappies, but where we’ve really struggled is with anything more than basic medical supplies.”

“We're asking local communities and businesses for contributions of these goods, or of the funds for us to purchase them.”

You can find out more and donate via JustGiving. 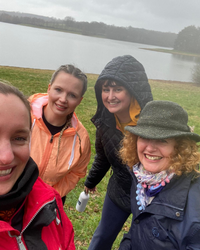 The regional agent’s staff walked the 31mile 1066 country walk on the East Sussex coast from Pevensey to Rye in aid of Bowel Cancer UK and to mark what would have been Richard’s 44th birthday. More than £2,000 has been raised so far and you can find out more and donate on its JustGiving page.

LionHeart is the only benevolent fund established to support the Royal Institution of Chartered Surveyors’ members and their families.

Ross Bowen, managing director of Connells Survey & Valuation, said: “We are very proud to continue our fantastic partnership with LionHeart.

“Surveying involves much lone working, so it’s great for our colleagues to understand and benefit from the support LionHeart provides.

Davina Goodchild, chief executive of LionHeart, added:  “I’d like to thank everyone involved with organising and delivering the webinars and workshops to our colleagues, and we look forward to another productive year of working with LionHeart,

“We are very grateful to Connells Survey & Valuation for once again choosing to support our work so generously. As the only charity that specifically supports the RICS community, we’re always very grateful when firms in the industry choose to make donations to us.

“We’re proud to count Connells as one of our corporate partners and look forward to continuing our work with them in future to support their wellbeing objectives and help them provide a happy, healthy and supportive environment in which their employees thrive.”

For more information or to make a donation to LionHeart, visit: https://www.lionheart.org.uk/

Caerphilly Keys​: Members of the team behind Caerphilly Keys, a project run by Caerphilly County Borough Council to match tenants with private landlords,  have joined forces to raise funds for the Motor Neurone Disease Association.

Eight members from across the Caerphilly Keys team, including officers and landlords, will be taking part in this year’s Bryn Meadows Caerphilly 10k on 15 May.

The team has selected the Motor Neurone Disease Association as its chosen charity following one of the scheme’s first landlords being recently diagnosed with the condition.

Davidson Estates: Ben Davidson, founder and director of Davidsons Estates, will be pulling on his shorts, boots and shinpads to face the likes of ex- Aston Villa star Gabby Agbonlahor and top UK film star Stephen Graham in a charity football match.

Davidson is getting ready for his cameo performance as Davidson Estates is one of the lead sponsors for the Sellebrity Soccer event on Sunday 22 May.

He will be raising money for children’s cancer charity Niamh’s Next Step.

The special series of celebrity football matches first kicked off in 2012 and has since raised more than £1.3million for various charities. 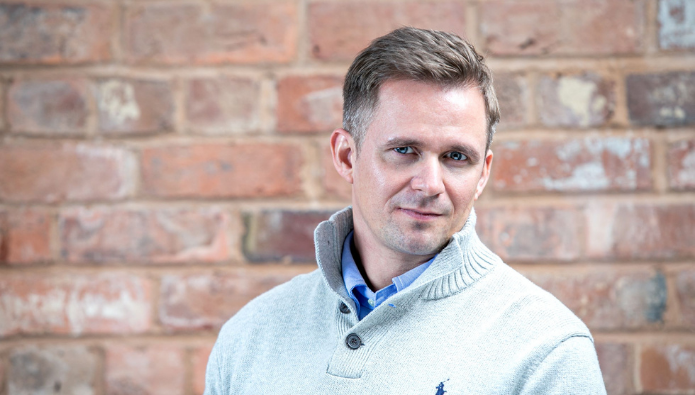 Ben said: “We are delighted to be one of the lead sponsors for this match and are determined to help raise as much money as we can for Niamh’s Next Step.

“The Sellebrity Soccer series of matches has proved itself as a really strong brand that manages to bring in some top-quality stars.

“This all means bringing more attention to the game which in turn raises the most money possible for some great causes.”

Staff from Birmingham-based Davidson Estates will be inviting various VIP clients along to support the teams.

Ben added: “As part of our sponsorship we will have our logo on the top back of 16 celebrity shirts and our VIPs will meet all the celebrities and have photos with them.

“We will get fully signed football shirts by all of the celebrities which we will then hopefully raffle off to raise even more money on the day.

“A real treat from our sponsorship is getting three match mascot positions which my son and two nieces will have – and as my nieces are die-hard Villa fans they will love it.”

Visit the Niamh’s Next Step charity website to find out more.

Tickets for the Sellebrity Soccer match on Sunday 22 May.

DM Hall:  This one isn’t strictly for a charity but it seems pretty charitable.

The 3,000-acre estate is being transformed with native Scottish species into the “Forest for a Thousand Years”, as it is now being called.

In addition to its commemorative initiative, the firm’s 24 Scotland-wide offices will also embark over the anniversary year on a focused drive towards significantly improved sustainability and, ultimately, to net zero.

Alan Gordon, DM Hall’s senior partner, said: “When our firm was founded in Edinburgh 125 years ago, it was impossible to foresee the pressures which climate change would put on society and businesses as we enter the third decade of the 21st century.

“We believe it is incumbent upon all of us in business today to honour the foresight of our firm’s predecessors by taking a lead in tackling climate change and choosing to make a difference.

“That difference is encapsulated not only by our decision to plant 125 carbon-offsetting trees in the Cashel Forest but also by implementing a programme of steady carbon reduction in our offices throughout Scotland.

"This initiative, and our openness to continuing our tree planting programme over the years, will lead to our firm becoming as sustainably responsible as possible, with the ultimate aim of reaching net zero.

“Planting 125 trees at Cashel is something of a symbolic act, illustrating our faith in the future, showing respect for the wonderful natural environment which we all share and making a small contribution to an extremely worthwhile project.”

Agents Do Charity - there’s a hard drive on for laptops… ...

Hello and welcome to Agents Do Charity, the regular round-up of...