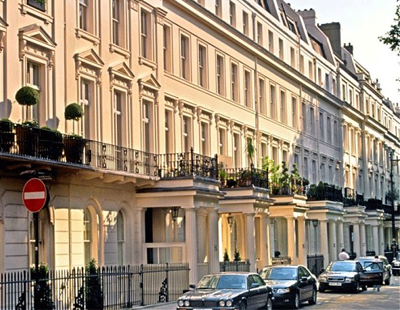 Exchanges of properties in prime central London, following the end of the largest part of the stamp duty holiday, suggest the market is already recovering.

Knight Frank data says the number of sub-£2m exchanges in July was 30 per cent below the same month in 2019. By August, the equivalent decline had narrowed to five per cent.

Above £2m, a section of the market where activity was less affected by the maximum £15,000 stamp duty saving earlier this year, exchanges were down by five per cent versus July 2019 and three per cent compared to August 2019.

The agency says demand remains high following the end of the stamp duty holiday, with the number of new prospective buyers registering in July and August in London 21 per cent above the five-year average.

Meanwhile the number of offers accepted in July and August was 34 per cent above the five-year average, indicating the strength of the sales pipeline.

“The market was in somewhat of a holding pattern in August. We can confidently predict a strong end to the year, just less frenetic than the first six months and to some degree contingent on supply levels” says Tom Bill, head of UK residential research at Knight Frank.

“Supply will naturally increase due to seasonality, the positive economic backdrop, the benign interest rate environment and the return of sellers put off by the frenetic pace of activity during the SDLT holiday.

“However, while the summer represented a natural pause for many, some may wait until Christmas to assess the social and economic landscape as government stimulus measures and Covid restrictions wind down.

“It means needs-based buyers and sellers may account for a higher proportion of activity over the next four months. The other large moving part is the return of international buyers, which is likely to drive supply and transaction numbers higher.”

There are fears that the so-called Boris Bounce which saw a...

An estate agency has produced figures showing a 12.5 per cent...

The latest blow to the prime central London market has come...

Prices up in Prime Central London but recovery is fragile - warning ...

It’s not a big rise, but price growth has returned to...