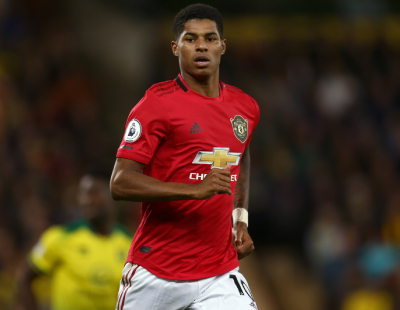 One of the most senior politicians involved in the property industry is embroiled in a row over her anti-Marcus Rashford social media comment.

Natalie Elphicke MP was earlier this year named as the surprise chair of the New Homes Quality Board. The post is described as being independent, but the MP was named by her own government’s Ministry of Housing, Communities and Local Government. The New Homes Quality Board is currently overseeing the introduction of a code of practice for the new build sector, ahead of the creation of a New Homes Ombudsman Service.

Elphicke is also a director of the privately funded Housing and Finance Institute, and is a parliamentary private secretary at the Ministry of Housing, Communities and Local Government.

On Sunday evening it is now known that she used WhatsApp to tell a reported 200 other Conservative MPs in her group: “They lost - would it be ungenerous to suggest Rashford should have spent more time perfecting his game and less time playing politics?”

The Daily Mail says the Elphicke has now made “a grovelling climbdown” after realising that a recipient of her comment had been leaked.

In a statement to the media, Elphicke now says: “I shared the frustration and heartbreak of millions of other England fans. I regret messaging privately a rash reaction about Marcus Rashford's missed penalty and apologise to him for any suggestion that he is not fully focused on his football.”

Amongst those criticising her original comment is TV presenter Gabby Logan, who has presented the All About Property series of BBC Five Live and has participated in EA Masters events.

Logan herself took to Twitter to reply to Elphicke, saying: “Would it be ungenerous to suggest if the government did more to condemn racism and looked deeper into the reasons why we need to feed our poor with food banks in spite of being the sixth richest nation in the world then we might not need footballers with a conscience to intervene?”

Natalie Elphicke has been a Member of Parliament only since 2019 and is no stranger to controversy. She became MP for Dover to replace her now ex-husband Charlie, who has been jailed for three sex attacks on two women.

Meanwhile Rashford was made an MBE in October last year in recognition of his work in campaigning for under-privileged children.

A consultation into the draft New Homes Quality Code has been...

EUROS: Reality Czech for the Scots (but will they boogie against England?) ...

Welcome to our second Euros Agent Match Report, when we get leading agents’...