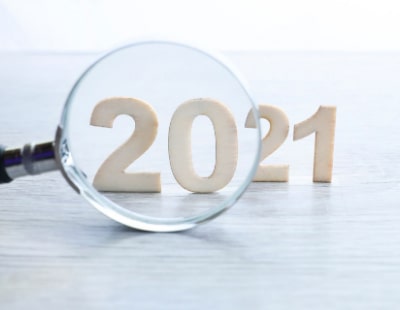 Areas with the biggest house price growth of 2021 have seen the value of homes rise by three times the national average, according to the latest data from Halifax.

Taunton in Somerset saw house prices grow by the fastest rate - an enormous 21.8 per cent - over the course of the last year, compared to an average of 6.2 per cent nationwide. In cash terms prices in Taunton rose by £56,546 to £315,759.

However, just five of the top 20 biggest rises happened in towns across the South East and South West. The remaining 15 were spread across the Midlands, Wales, North of England and Scotland. No areas within Greater London appeared in the top 20.

Russell Galley, Managing Director, Halifax, says: “As the county town of Somerset, this year’s house prince winner, Taunton, has a lot to offer homebuyers with its high quality of life and great transport links to major towns and cities across the South West.

“Like Taunton, many of the areas that saw the biggest house price growth over the last year enjoy a combination of greater affordability and space compared to nearby cities. Places like Bolton, Newark, Bradford and Hamilton – where there are a broad range of property types and settings – all offer significantly better value than their more metropolitan neighbours.”

“This is perhaps most clearly shown in the UK’s capital. It is rare that no London boroughs appear amongst the areas of highest house price growth but that is the case in 2021. This shift echoes what we have seen from home buyers over the last year – less focus on major cities and more demand in the suburbs and further afield.”

The top 20 areas for house price growth includes four from the North West (Rochdale, Widnes, Bolton, and Wirral), three from Yorkshire and the Humber (Bradford, Scunthorpe, and Doncaster) and two from Scotland (Motherwell and Hamilton). A further six are from the Midlands and Wales.

This spread contrasts with 2020, where 11 of the areas with the greatest growth were in London and the South.

This was well ahead of those in second and third place, Yorkshire and Humber and East Anglia, where gains of just over 10% were been made over the past 12 months. On average, almost every region from the Midlands up to Scotland saw house prices increase by the UK average or more during the last year. Scotland achieved average growth of 8.8 per cent, with prices rising by £16,761 to £207,778.

At the other end of the country, the capital experienced a largely flat year for house prices.

Greater London saw average prices fall marginally, from £558,272 to £554,684 (down 0.6 per cent). The picture across individual boroughs was mixed; Enfield and Harrow were the only two areas with growth beyond the UK  average. Westminster saw the greatest fall of any area of the country, down by 6.9 per cent.

House prices hit record high but analyst questions if now is a good time to buy ...

Homeowners are now earning almost as much from their property as...

UK house prices increased by 4.3% in the three months to...