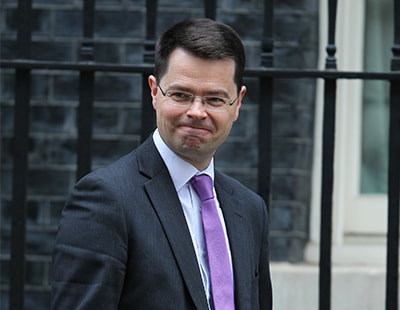 Former Housing Secretary James Brokenshire has died at the age of 53.

The Conservative ex-Cabinet minister, who was diagnosed with lung cancer in 2018, was Secretary of State for Housing, Communities and Local Government in the Theresa May government from April 30 2018 to July 24 2019.

The Old Bexley and Sidcup MP took leave from his ministerial duties earlier this year after reporting a recurrence of a tumour on his right lung. His family called him "a loving father to his three children, a devoted husband" and a "faithful friend”.

Brokenshire was replaced at Housing Secretary by Robert Jenrick in the summer of 2019 and at the time of his departure from the post tweeted: “Thank you so much and it has been a huge privilege to work alongside such an outstanding team at MHCLG. We have achieved so many positive things in the last 15 months and I have every confidence that the fantastic team will serve the new Secretary of State in the same way.”

At the time his Labour shadow, John Healey, was highly complimentary of Brokenshire, calling him an “unfailingly decent and dedicated Housing Secretary”.

At the Ministry of Housing Communities and Local Government, as his department was known at the time, he was regarded as one of the most independently-minded Housing Secretaries of recent times.

He steered the Tenant Fees Act through Parliament. Additionally, in 2019, he announced a redress service would be set up for all aspects of the housing industry including new builds - this has now happened. He also called for private landlords to be obliged to join a redress service, and this is known to be under discussion now and may feature in the upcoming White Paper on rental reform.

Fund-raising website set up in memory of Andrew Grant ...

Hunters has set up a fund-raising site in honour of Andrew...

New Housing Secretary Michael Gove is reported to be set to...