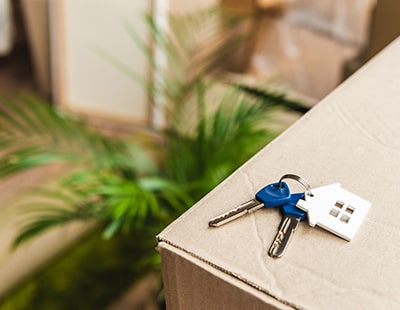 The average cost of buying and selling a home in England this year has soared from £6,877 before the end of the stamp duty holiday to £11,777 today.

An analysis by comparison website Reallymoving shows that since June 30, when the pre-pandemic levels of SDLT returned, the typical mover in England requires an addition £4,900 in up-front costs.

The site has analysed data from 320,000 quotes in the last year to reveal that while estate agent fees and conveyancing fees have fallen since June 30, the return of stamp duty for properties worth over £250,000 - along with rising survey and removal costs - mean it’s more expensive than ever to move home.

At least part of this is down to the frenzy of activity in the market leading to a higher demand for services.

The largest expense for home movers who are both buying and selling is stamp duty, which has risen from £0 based on the average purchase price in England of £349,500, to £5,000. Estate agent fees are the next highest cost at £3,965 but these have dropped one per cent. Next comes legal fees at £1,650  these too have dropped, by an average four per cent.

Other costs have continued to climb, however, with the price of a survey rising to £507 (up 1.4 per cent) and removals rising to £600 (up 2.6 per cent). The cost of an Energy Performance Certificate remains unchanged at £55.

Those moving in the most expensive regions, such as London and the South East, East of England the South West, benefited most from the stamp duty tax break and have faced some of the biggest rise in prices since the holiday ended.

In London, existing homeowners - so those both buying and selling - have seen the cost of moving almost double from £12,917 to £25,096 since the end of June.

By comparison, less expensive regions in the north still escape paying stamp duty or pay a minimal amount based on the median purchase price, resulting in only moderate increases in the cost of moving, while existing homeowners in the North East have actually seen the cost of moving fall from £4,778 to £4,500 due to a dip in estate agency and conveyancing fees.

Reallymoving chief executive Rob Houghton says: “We saw an increase in conveyancing and removals costs in England during the stamp duty holiday due to exceptional levels of demand, but conveyancing costs have dropped slightly since the end of June as pressure on the system has eased.”