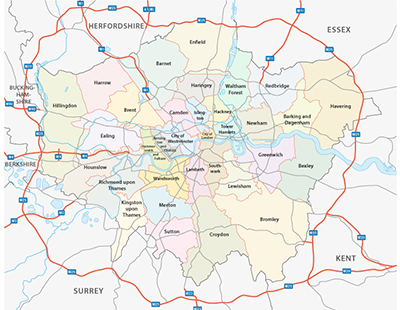 London buyers have been by far the biggest winners from the stamp duty holiday according to new research.

The Keller Williams UK agency says 85 per cent of the transactions since July 8 have been below the £500,000 threshold, meaning that within the current holiday they are exempt from stamp duty - and if they were cheap enough or being purchased by first time buyers, a minority of them would have been exempt even without the holiday.

Controversially, it has been buyers in London - who some may argue are amongst the better off in the country - are seen to have been by far the biggest winners of the holiday.

Keller Williams UK estimates the capital has seen a stamp duty saving of £190m alone, with 49% of all transactions also paying no tax at all having completed below the £500,000 threshold.

In contrast, 99.7 per cent of residential transactions in Sunderland have been stamp duty exempt - many because they were so cheap or bought by first timers.

Overall, the agency calculates there have been 147,969 transactions which before the holiday would have been eligible for duty, but which have completed since July 8 and so have been exempt.

The agency forecasts that buyers have son far saved around £5.6m a day since the holiday was declared.

Meanwhile there is still no news from Parliament on the date of the debate triggered by the online petition calling for an extension to the stamp duty holiday.

Each signatory has to give their postcode, allowing the Parliamentary authorities to produce a heat map showing where support for the petition comes from - even showing the number of votes from each constituency.

The map for this issue shows the strongest support for the extension coming from London and the south east. You can see the map here.

It shows in London and nearby constituencies typically 350 to 500 constituents have signed the petition; in much of the rest of the country the vote size per constituency is 200 or less.