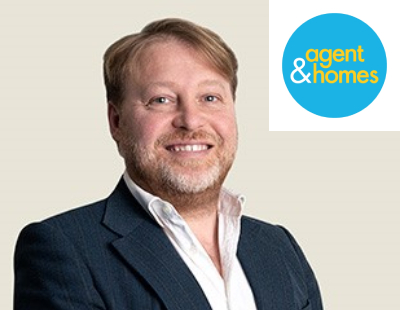 The chief executive of a hybrid agency in London has revealed why he deserted big corporates to create his own company.

He says on a list of ‘loves’ and ‘hates’ traditional agencies, the ‘love’ was helping people find a new home and getting great prices for clients, often by going beyond the call of duty.

"What's more, the social aspect of being an estate agent, the great comradeship which exists in offices and companies, being out and about” adds Miles.

However these aspects were outweighed by hates - “being treated like an idiot by middle management, being forced to work in a non-productive way, endless meetings and wearing a suit and tie” he says.

"We also disliked office politics, only being able to work in sales or lettings, morning meetings, telephone meetings, targets, being stuck in an office, the boredom of the 9 to 5, having to work Saturdays and between Christmas and New Year - the dreary list goes on and on."

Miles says that another frustration with the traditional model related to fees. "Why did we have to give these corporate companies 90 per cent of fees that were often generated by us, our networks and our following?"

Agent & Homes, which is based in Notting Hill with a team of over 30 operating across London, Essex and the Home Counties, is three years old.

He says hybrid agencies like his not only produce more satisfaction for agents but also improve the image of the industry.

"We are leading the new direction in estate agency. We think big and challenge convention," says Miles.

“Work when you want, how you want and where you want. Because of our background in agency, we really get the frustration of the high street models and the downfall of the onliners. We are an organisation which can offer that experience of service and attract that calibre of great agent” he concludes.

Poll: Which is the better model for agents?§

One of the leading ‘new breed’ of hybrids relying on self-employed...

An estate agency that three years ago launched saying that High...