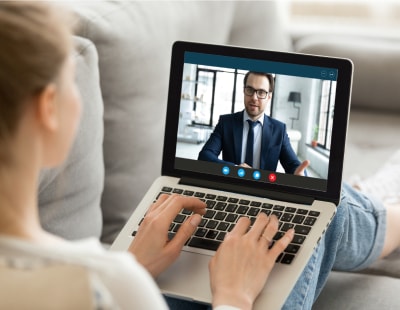 Virtual viewings could transform estate agency so fundamentally that they might mean the work of five negotiators could in future be done by three.

Simon Shinerock, chairman of the Choices estate agency group, says virtual viewings and other technologies are not merely a temporary convenience during the Coronavirus crisis, but could be an ongoing transformational factor in how agents work.

In a video interview with Property Tribes’ Vanessa Warwick, Shinerock says virtual viewings could be pre-recorded or live or any combination; they have been championed in recent months as a way to conduct business through the virus crisis.

However, he says it’s now clear that such viewings are a permanent way of pre-qualify prospective buyers and tenants. “We can make the whole experience far more sharp-ended and far more efficient and far more effective” he tells Warwick.

Instead of agents being out of the office as much as they are today - sometimes attending viewings where the prospective buyers and renters don’t turn up to - they can instead rely more on technology, and in so doing reduce their carbon footprint and “turbo-charge their ability to reach the local audience.”

To leverage the maximum marketing out of the technology, virtual viewings could be done on an exclusive basis for those buyers and tenants who are best placed to proceed. This could help ‘build expectation and anticipation’ amongst prospective customers, revving up enthusiasm ahead of a viewing.

Using technology this way, Shinerock suggests, may lead to fewer people in the agency industry but could mean those who survive would be more skilled, better paid and more highly respected as experts.

In the wider context, the Choices chairman says he could see technology allowing agents to take back control of some of the marketing beyond merely relying on the portals.

It’s a blue sky, far-reaching set of ideas that Shinerock comes out with in the interview; we’re grateful to Property Tribes for allowing us access to the video, which is below. It’s part of a ‘Simon Says…’ series of five interviews on Property Tribes.