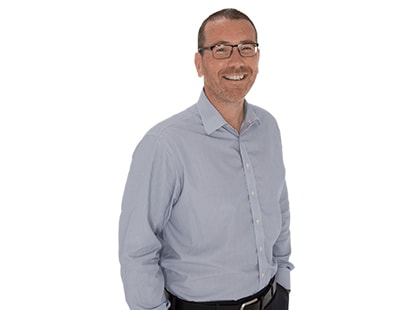 One of the hybrid agency sector’s leading agents says there are key lessons our industry can learn from the collapse of Sir Philip Green’s Arcadia group.

In a four-minute read exclusively available on Estate Agent Today, EweMove’s managing director Nick Neill suggests a key problem for Green was his inability to recognise some new trends including giving consumers what they want - and when they want it.

Neill says many residential agents have the same challenges and in some cases respond no better than Green and Arcadia. It’s a provocative read, and you can see it below.

Please let us know what you think by leaving a comment and entering our poll.

Where billionaire Sir Philip Green went wrong and why it matters to every estate agent in the UK. A four-minute read.

I’m writing this on Monday 30 November with BBC Radio Five Live playing in the background.

This morning’s news feed has been dominated by the imminent collapse of the Arcadia Group.

For those who might not be aware of that name, you’ll know the brands and businesses that sat proudly under its umbrella.

The Arcadia Group owns Top Shop, Burton, and Dorothy Perkins to name but a few well-known staples of the UK’s High Street landscape.

And while Sir Phil swans about in the tax haven for the uber-rich that is Monaco, up to 13,000 of the group’s staff sadly face redundancy, uncertainty and anxiety in the run-up to Christmas.

Could this collapse have been avoided? All the marketing and retail experts I’ve listened to so far have said yes.

At the root of the group’s troubles seem to be Green’s reluctance to move with the times.

As the retail world went digital Arcadia sat on their hands with a Luddite mentality.

A reporter who has written extensively about the group told a story on the radio today about how Green had dismissed ASOS, the website-only fashion supplier, as “a fad”.

ASOS, along with the rise of several other online-focussed ‘shops’ including Pretty Little Thing, Boohoo and Miss Guided have stolen a vast, now uncatchable march on Top Shop and the rest.

Sadly, the reluctance to invest in the group’s online offering 15 years ago has led them, and their deeply unfortunate staff, to where they are today.

Why it matters to estate agents

There is one thing that brands that have lasted 50-100 years have in common.

They have continually and skilfully reinvented themselves to deliver what the customer wants.

Look at Disney, Cadbury, and Sainsbury’s – all household names that have always moved with the times. Even Kodak is making a comeback from the demise of camera film by deploying some innovative block-chain technology to help photographers protect their image rights.

Put simply if you are not growing in business you are dying. Nothing stays the same, including what home sellers and landlords want from an agency.

“What they want, when they want it.”

Any agency that is growing has realised and responded to the changing habits of consumers.

As one of the retail analysts picking through the bones of Green’s empire put it ‘he didn’t realise that in today’s world you need to give consumers what they want, but most importantly, when they want it.’

This open all hours and access all areas approach is what EweMove was founded upon.

The digital age client wants an array of 24-7 contact options, live out of office hours chat, and the ability to see what’s happening with their property transactions from the comfort of their sofa and via their smartphones.

We’re focussed on achieving the best commercial outcomes for our clients. As are other successful agencies because when it comes down to selling someone’s home, what do THEY really want most?

Usually, it’s getting the most money in the shortest possible time for their property with the minimum amount of hassle.

And all the marketing, software, business planning and staff training we do as estate agents needs to have a laser focus on helping THEM achieve that.

And when that happens, the future looks bright for a select portion of our industry.

Why do I say ‘select’? Well, many agencies aren’t evolving, they are standing still and slowly falling backwards.

And those that are trying new ‘PropTech’ to stay current, are actually missing the point.  PropTech is great at helping agents find new leads, but it’s not so focussed on delivering the outcomes customers want or expect, and this is a potential mistake for many to make.

For them, I fear the writing is on the same wall as it is for the Arcadia Group, which is such a great shame.

Thanks for reading, Nick Neill

Poll: What do you think estate agency should do?

A new managing director has been named for EweMove - with...