Hello and welcome to PJT, our Monday feature giving you the inside track on major moves in and across our industry.

Let us know what your team is up to by emailed press@estateagenttoday.co.uk and we’ll tell the industry.

Let’s start with Hunters, which has transferred its Wetherby branch from being group-owned to franchise-owned, allowing new franchise partner Justin Johnson to grow the business under independent stewardship.

Justin has been with Hunters for over 10 years and will now look to grow his own franchise as part of the Hunters network.

And in nearby York, Georgina Spence has been promoted to manager for York Lettings while Peter Croft, who was also in the York office, will join the franchise team and will be responsible for rolling out new technical software advances to the franchise network. 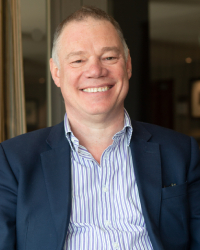 Next up there’s a new chair of the national property consultancy Fisher German, which employs around 600 people in 26 UK offices covering residential, commercial and other property sectors.

David Brewin, former senior partner and chief operating officer at Ernst & Young, steps into the role after two years serving as a non-executive director of Fisher German: he succeeds Harry Cottrell who is stepping down after five years in the role.

Brewin, who is the third non-executive chair in the firm’s history, says: “I’ve really enjoyed being on the board of Fisher German, which is a very strong firm with very good people and excellent leadership. It has a very strong focus on its clients and developing its people and management team, and that has been key in what has been a testing time for everyone in recent months.”

Meanwhile in London the Marylebone-based Berkshire Hathaway HomeServices Kay & Co, has named Matt Staton as head of lettings.Matt joins from Marsh & Parsons where he left as an associate director.

Having joined Marsh and Parsons in 2014, Matt progressed quickly within the company, starting as a negotiator and promoted to a Lettings Manager of the Bishops Park office before being promoted to Senior Manager in 2017.

"This is a brilliant opportunity and I am delighted to be joining such a well-respected team and being part of [a] fast growing business.”

Staying with lettings, Regal Estates Kent has announced Rob Brady has returned to its Canterbury office as lettings director.

Rob previously worked for Regal for almost nine years before leaving in May 2019 to further develop his knowledge and understanding of the technologies driving the estate agency market into the technological future, as an Innovationist for Iceberg Digital.

Finally this week, some PropTech news - and mio has named Nick Ball as its first head of sales and client services.

Nick joins from mio’s parent, tmgroup where he was head of business development; prior to that Nick spent almost 18 years in agency rising to the role of residential sales director for Barbers, before moving into roles with Zoopla and My Home Move.

That’s it for now - please keep us in the loop with your jobs news. Until next time…